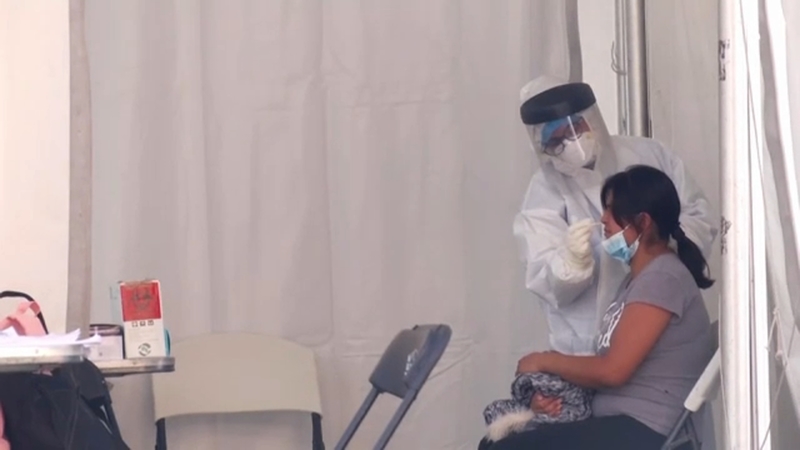 CDC warns Americans against travel to Mexico amid COVID surge

MEXICO -- The Centers for Disease Control and Prevention is warning Americans not to travel to Mexico as coronavirus cases continue to rise in the country.

This week, Mexico's death toll rose to 105,940 - the fourth highest in the world - with 1,113,543 confirmed cases of the new coronavirus since the beginning of the pandemic. The country's actual numbers are believed to be much higher partly because of low testing levels.

The head of the World Health Organization also expressed concern over the situation there, saying that "Mexico is in bad shape" with the pandemic and urging its leaders be serious about the coronavirus and set examples for its citizens.

The CDC's warning comes at the heels of that concern. The agency assigned Mexico its highest advisory, emphasizing that travel there "may increase your chance of getting and spreading COVID-19."

Before the warning was issued, U.S. airlines had been bolstering their winter schedules with flights to popular beach destinations in Mexico. Last month, the country was the "clear leader" for U.S.-International air travel, according to Airlines for America (A4A).

One possible attraction is Mexico does not require U.S. citizens to show proof of a negative COVID-19 test to enter, unlike other beach locales, according to ABC News.

"The number of increasing cases and deaths in Mexico is very worrisome," WHO Director-General Tedros Adhanom Ghebreyesus said in a press briefing.

Mexican President Andrés López Obrador has been criticized for often not wearing a mask and while not mentioning names or specific cases, the WHO chief urged the country's leaders to take the pandemic seriously.

The Mexican government's pointman on the pandemic, Hugo López-Gatell, said all the comments are valuable but noted the government had already warned that with the arrival of winter the situation would worsen. According to its latest data, the pandemic has grown by 7% in the past week.