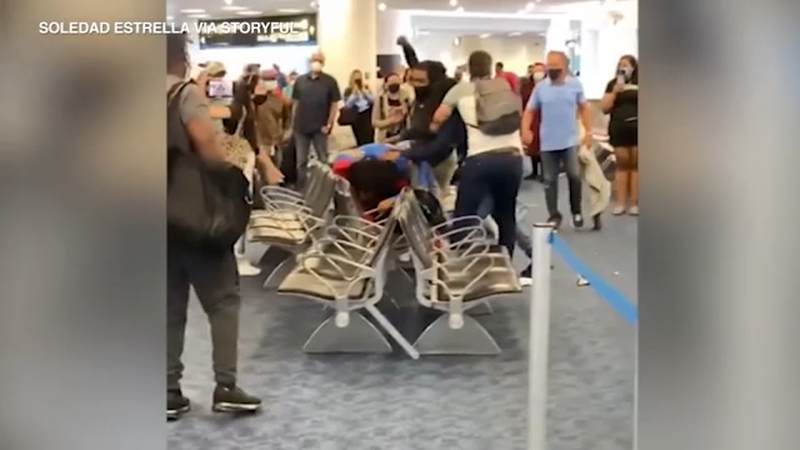 MIAMI, Florida (WPVI) -- A fight involving several people at the departure gate inside Miami International Airport led to at least one arrest, according to ABC affiliate WPLG.

It happened Sunday at the American Airlines terminal section of the airport.

A witness told WPLG that the scuffle started over seats available on the plane and that seven people were involved.

Video captured a fight at the departure gate inside Miami International Airport over the weekend.

Miami-Dade police said that the victims did not want to press charges, however, a 20-year-old Chicago man was arrested for disorderly conduct.

According to the arrest report obtained by WPLG, the Chicago man and three other people with him were waiting to board an American Airlines flight to the Windy City but were told by a gate agent that there were only three standby seats available.

The agent reportedly told the group that one person would need to be left behind or wait for another flight.

Police are searching for three other suspects involved.