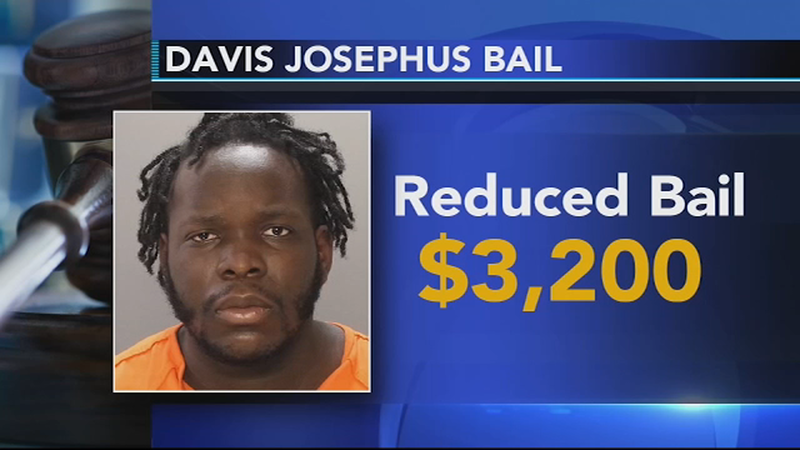 Man arrested in Brewerytown murder released from jail 2 weeks prior

PHILADELPHIA (WPVI) -- The man identified as a suspect in the killing of a recent Temple graduate, who was shot while walking his dog, had been released from prison on reduced bail just two weeks prior.

Police say 25-year-old Milan Loncar didn't put up a fight when two people approached him Wednesday evening in the Brewerytown section of Philadelphia while walking his dog.

A Philadelphia man is facing murder charges in connection with the killing of a Temple University grad who was gunned down while walking his dog.

After his pockets were rifled through, Loncar was fatally shot.

The man arrested, 20-year-old Josephus Davis, lives just a few blocks from the scene of the crime in Brewerytown.

While four others ran off, investigators took Davis into custody. Police say his clothing and description match up with the surveillance footage in Loncar's murder.

Davis was let out of prison on December 29 after paying reduced bail.

For allegedly assaulting and threatening a corrections officer while in custody, Davis paid $1,200 reduced bail after a different judge reduced bail from $20,000 to $12,000.

Through song and the glow of cell phones, the family and friends of 25-year-old Milan Loncar illuminated his portrait during a vigil in his honor Friday.

We spoke to Jane Roh, a representative of District Attorney Larry Krasner's office, on Monday. Roh says in this case assistant district attorneys argued for higher bail amounts but were denied by the two presiding judges.

Roh says there needs to be more information presented in bail hearings and more defendant history information made available to the judges.

We spoke to defense attorney Chuck Peruto, who was not involved directly in these cases. Peruto says he often sees assistant district attorneys regularly vying for the highest bail possible when it comes to gun charges - often $999,999.

That, he says, can dissuade judges to set high bail.

"You can't uniformly - and not look at the case - ask for high bail, because you're not going to get it all of the time. Ask for it when it's needed," Peruto said.

A recent Temple University graduate was shot and killed while walking his dog on Wednesday night in Philadelphia's Brewerytown neighborhood.

Roh said Davis will not be granted bail throughout his trial as this is a violent murder case.