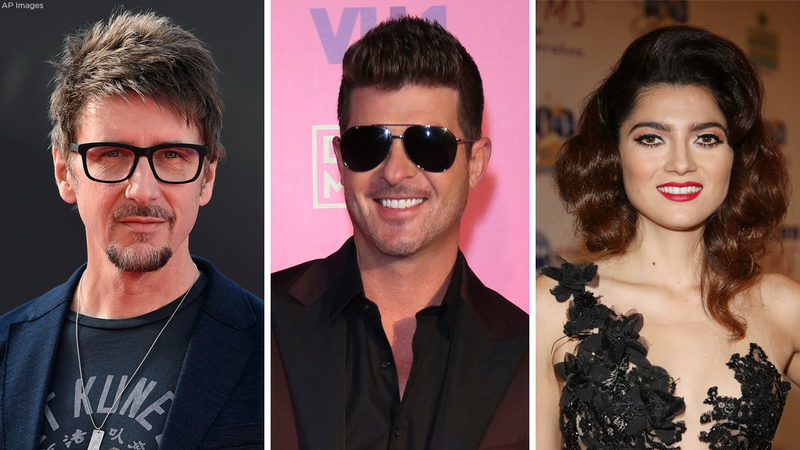 MALIBU, Calif. -- Miley Cyrus, Gerard Butler, Robin Thicke and Shannen Doherty are among the growing list of celebrities who have lost homes to the devastating Woolsey Fire in Southern California.

"My house no longer stands but the memories shared with family & friends stand strong," the singer wrote on social media overnight.

Completely devestated by the fires affecting my community. I am one of the lucky ones. My animals and LOVE OF MY LIFE made it out safely & that’s all that matters right now. My house no longer stands but the memories shared with family & friends stand strong. I am grateful for

all I have left. Sending so much love and gratitude to the firefighters and LA country Sheriff’s department! If you are interested in getting involved see next tweet....
Donate $ , Time , Supplies
I love you more than ever , Miley

Thicke and girlfriend Robin Love Geary documented their evacuation on social media Saturday, and Geary later posted on her Instagram story that the couple's house was gone.

"Tomorrow Never Dies" and "300" actor Gerard Butler posted on Twitter Sunday afternoon saying his Malibu home had burned and thanking first responders for their work to keep others safe.

Returned to my house in Malibu after evacuating. Heartbreaking time across California. Inspired as ever by the courage, spirit and sacrifice of firefighters. Thank you @LAFD. If you can, support these brave men and women at https://t.co/ei7c7F7cZx. pic.twitter.com/AcBcLtKmDU

Camille Grammer Meyer of "The Real Housewives of Beverly Hills" also lost her home in Malibu, her publicist confirmed to the Associated Press. Publicist Howard Bragman said Meyer is grateful to have safely evacuated with her family, is appreciative of firefighters who have risked their lives fighting the blaze, and is grateful for the love and concern shown for her.

Actress Bianca Blanco said she watched her house burn live on television, writing on Instagram that she had successfully evacuated and made it to safety before her home was lost.

"Beverly Hills, 90210" star Shannen Doherty said her "heart is ripped apart" by the loss of a Malibu home where she and husband Kurt Iswarienko were married in 2011, posting on Instagram a wedding-day photo of the smiling couple on a tree-lined path at the property apparently owned by a friend.

She had previously found refuge in the house when her father died in 2010, Doherty wrote.

On Friday, the wind-driven wildfire destroyed the home of "Dr. Strange" director Scott Derrickson and the historic Paramount Ranch where shows like HBO's "Westworld" and "Dr. Quinn, Medicine Woman" were filmed. The fate of Caitlyn Jenner's home was unclear, though she said in an Instagram video that she was safe.

"I am thinking so deeply for everyone who is suffering today from these abominable fires & grieving the loss of their homes or loved ones," Lady Gaga tweeted. "I'm sitting here with many of you wondering if my home will burst into flames. All we can do is pray together & for each other. God Bless You."

We lost our home, but we are all safe and that’s the important thing. Gonna be offline for awhile.

Evacuated last night. Bleak House and the collection may be endangered but the gift of life remains. Thousand Oaks and Agoura are still in danger. Malibu is being evacuated.

The blaze started Thursday night and by Friday had pushed toward Malibu and the Pacific Ocean, prompting evacuations in Malibu, Calabasas, Agoura Hills and other nearby areas.

Alyssa Milano said her home was "in jeopardy" amid her attempts to safely evacuate her five horses. The actress ultimately got the help she needed and tweeted that her horses were safe. "My children are safe. ... Everything with a heartbeat is safe."

Horses are finally safe. My children are safe. My home is in jeopardy but... everything with a heartbeat is safe. Thank you all for your concern.

To those who insisted on still being hurtful because our political affiliation is different, you are what is wrong with the country.

Kim Kardashian West posted a video on Instagram of an area on fire with a message "Pray for Calabasas." She said she landed back home, spent an hour packing and evacuated shortly afterward. 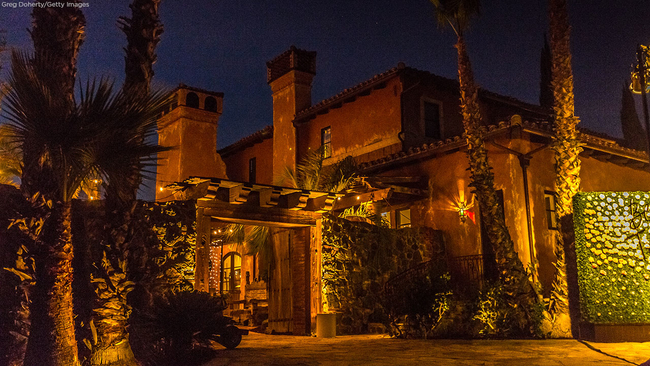 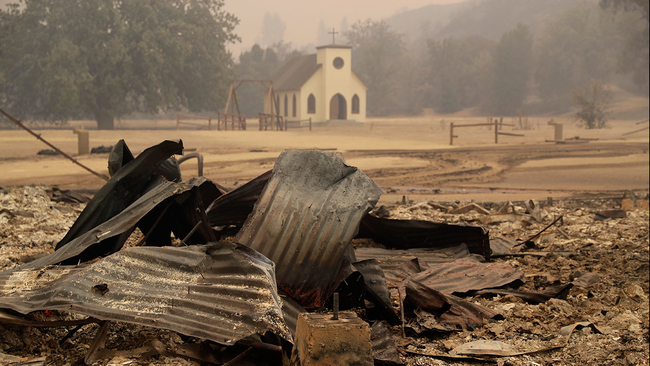