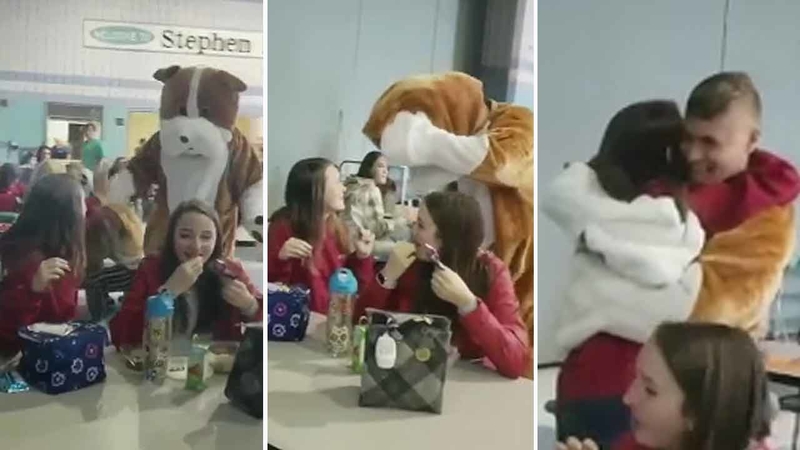 BERLIN, Maryland (WPVI) -- It was an emotional homecoming for a Coast Guard dad in Maryland, who seized the opportunity to surprise his daughter at school after being away on active duty for seven months.

It happened on January 23, 2019 at Stephen Decatur Middle School in Berlin, Maryland.

Disguised as the school's bulldog mascot, the dad made his way around the lunchroom, giving out high fives to students.

He then approached his daughter, Madi, who unwittingly gave him a high five. Then, he removed his mask, revealing his true identity.

Madi, visibly surprised, immediately hugged her father, while those around them broke out in cheers.

It was a touching moment between father and daughter, as well as for all those there who witnessed it.