"PGW is not aware of any recent calls from the area reporting gas odors prior to the incident."

Investigators are still working to pinpoint the cause of the blast that leveled homes in Port Richmond.

PHILADELPHIA (WPVI) -- Crews from the Department of Licenses and Inspections and Philadelphia Gas Works were back in the Port Richmond section of Philadelphia as the investigation into a New Year's Day explosion continued for a second day.

Investigators and heavy equipment could be seen at work on the 3500 block of Miller Street, the site where the early morning blast destroyed at least two homes, damaged 43 others, and sent five people to the hospital.

Families who live on Miller Street began to return and salvage their items Monday.

"Everything is a little banged up. The back of the house is all right, but the front - all the windows are in, my room's all screwed up," said Liam Rafter. "We're trying to do our best and get everything out of there."

Insulation, pieces of wood and siding were scattered around sidewalks.

The blast occurred around 2:43 a.m. Sunday. It is believed to have been fueled by leaking gas.

PGW said their crews arrived at the scene around 3:12 a.m. and began to work to turn off natural gas service to the affected area to help the fire department.

"At this time the cause of the incident has not been identified by the Fire Marshal and remains under investigation," PGW said in a statement, saying it will continue to assist in the investigation. "PGW is not aware of any recent calls from the area reporting gas odors prior to the incident."

Firefighters dug out one person from the debris and helped two more people from the rubble to safety.

A similar explosion at nearby Gaul and Venango Streets happened in March of 1999.

The gas explosion leveled three homes and 8 people injured, including a child.

"I hope it's just coincidental and it's nothing that needs to be seriously addressed. I'm sure they're doing a thorough investigation," said Karen Burczewski who lives nearby.

Chris Heinsinger, who suffered injuries to his body, was in his car with his girlfriend when the explosion happened.

"Well, I had my head turned towards her and I was like, 'We're going to Wawa' and just out of nowhere it was like a loud bang and I just felt my whole car push over to the curb," Heinsinger said.

He was released from the hospital. We spoke to his mother on Monday.

"He's all cut up and scraped. I believe they took a few hours trying to clean everything embedded in his head and neck and his hands," Theresa Heinsinger, Chris' mother, told Action News.

More nearby homes were damaged, with shattered windows and thrown furniture.

"Broken windows, broken glass and pretty much broken everything. But we're here, we're not in the hospital; that makes a difference," neighbor Tara Dendall said.

The Red Cross and city agencies were on the scene providing assistance to residents. 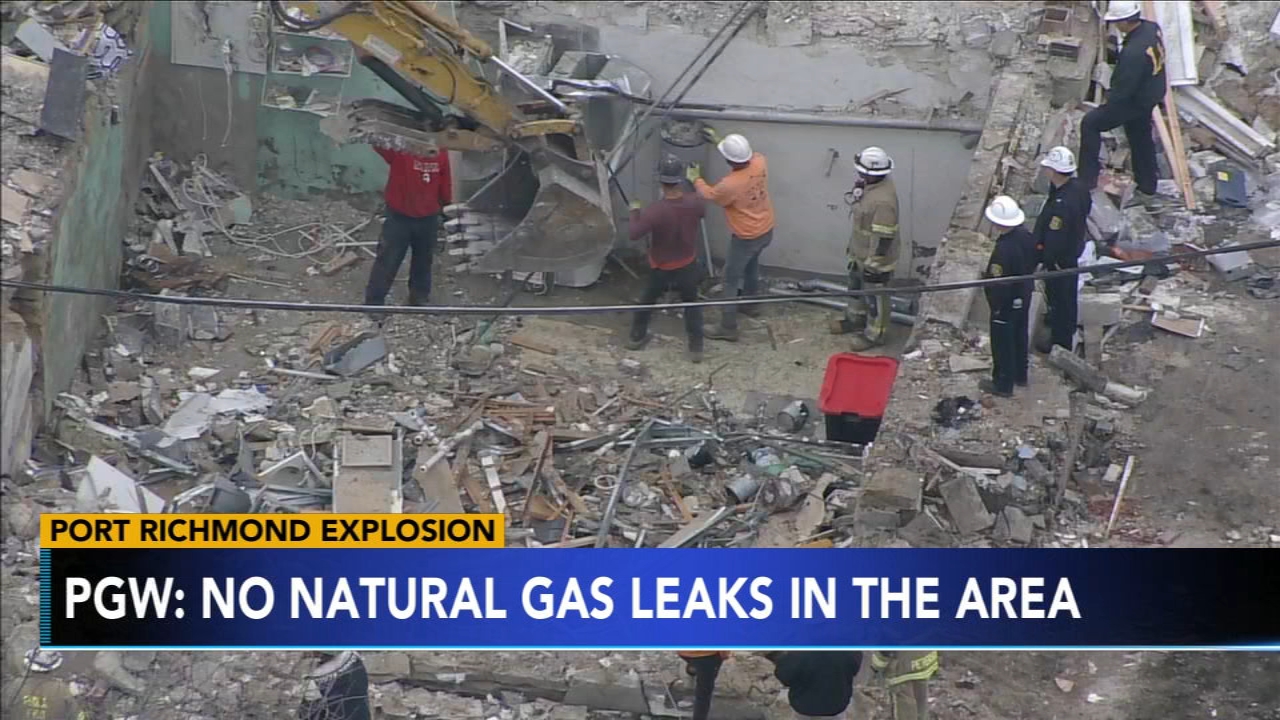 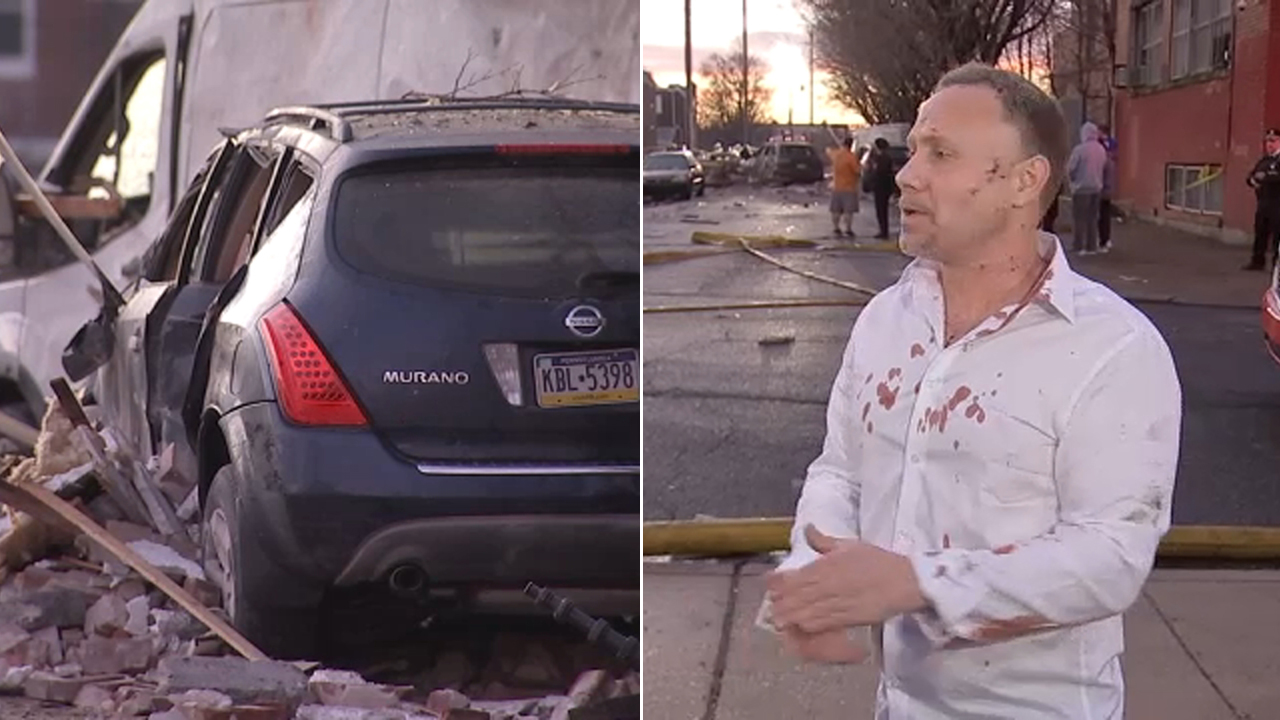 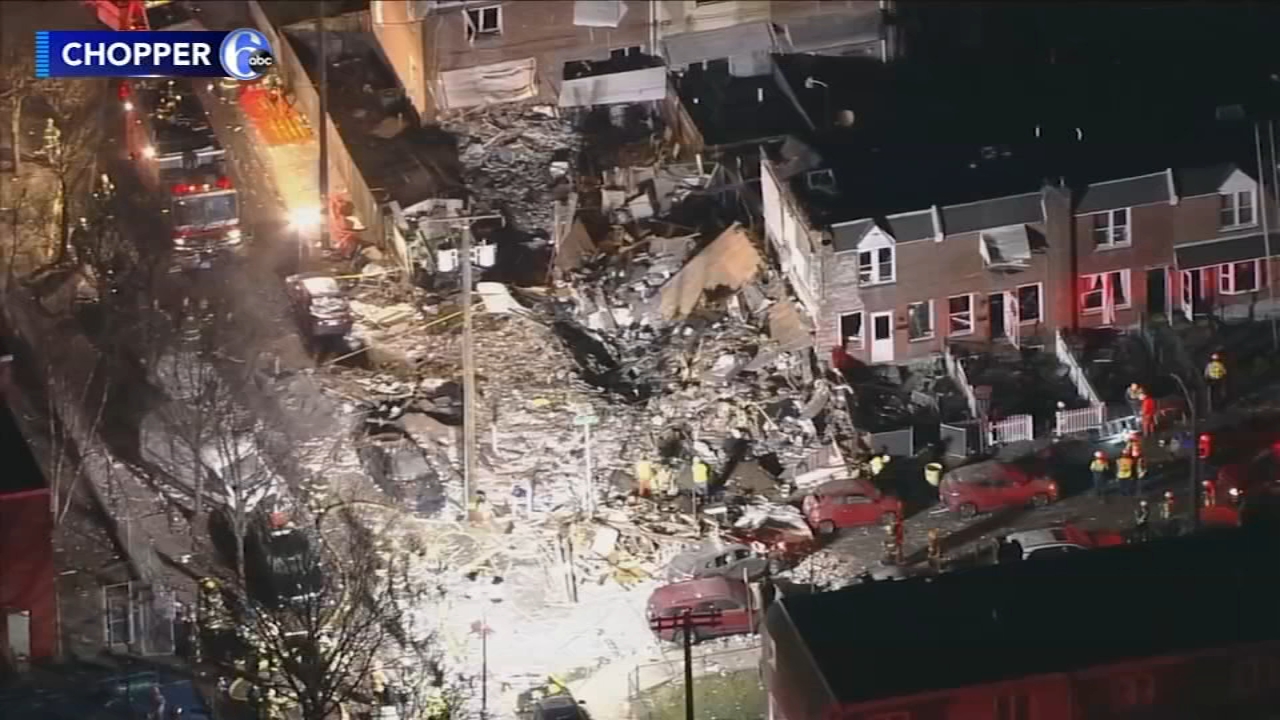 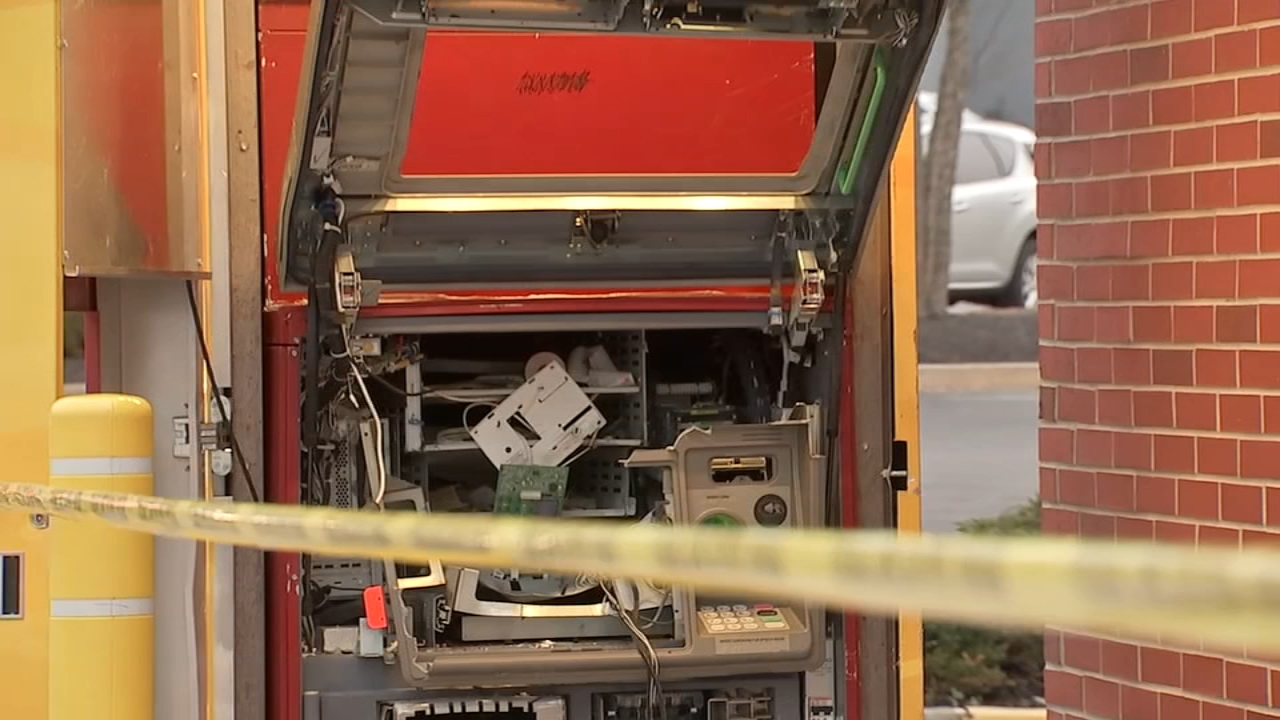