The Pennsylvania minimum wage stands at $7.25 an hour and has not increased in 13 years.
WPVI
By 6abc Digital Staff 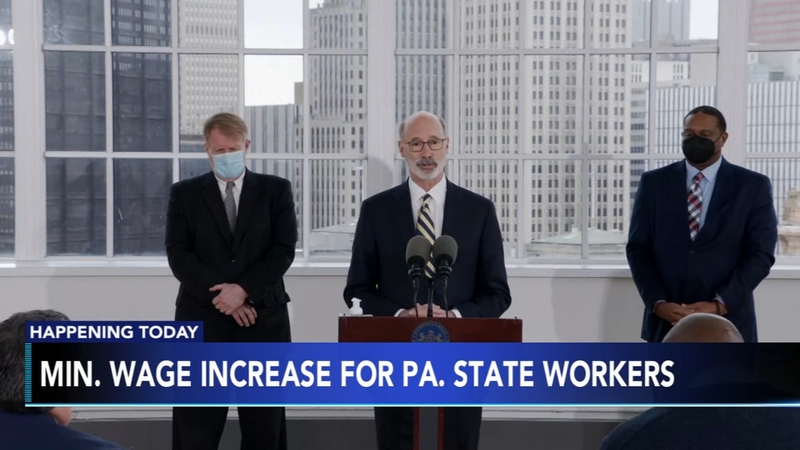 HARRISBURG, Pennsylvania (WPVI) -- State workers in Pennsylvania are getting a raise. The change went into effect Monday.

Governor Tom Wolf announced last week that the minimum wage for commonwealth employees will increase to $15 per hour by January 31.

"Increases in the minimum wage raise employee morale, productivity and work quality, while lowering turnover and training costs. Accelerating the increase to $15 will better align worker salaries with the current cost of living, while providing even greater cost and efficiency savings for state government," Wolf said.

Wolf also renewed his call for the general assembly to raise the minimum wage for all workers in Pennsylvania.

The state minimum wage stands at $7.25 an hour and has not increased in 13 years.

Each of Pennsylvania's six neighboring states already have minimum wages higher than $7.25 an hour, and several are among the 25 states with planned increases for 2022.