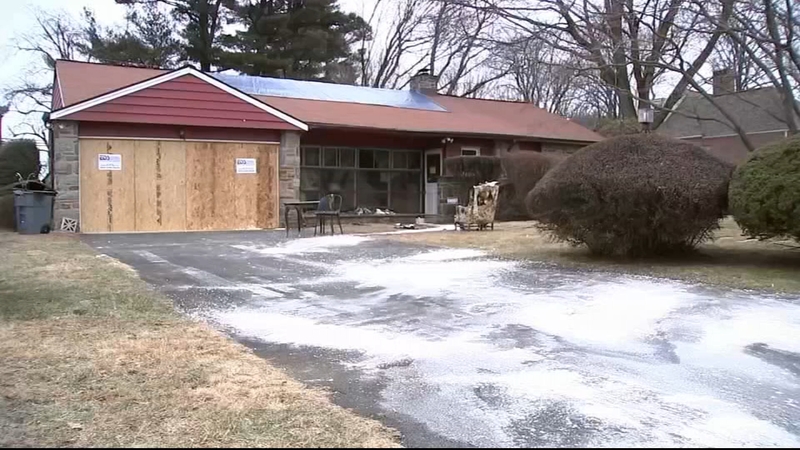 CHELTENHAM TWP. Pennsylvania (WPVI) -- A 6-year-old boy missing from Montgomery County has been found safe in New Jersey, according to investigators.

Cheltenham Township police say 6-year-old Isaac Hwang was reported missing by his mother Sunday after she went to pick him up from his father's house on the 1400 block of Clements Road.

She found the house had been torched and the boy was nowhere to be found. The fire marshal says the fire was intentionally set.

Police had put out an endangered persons alert for the boy and his father, 35-year-old Jaemyung Hwang. They had last been seen in Hwang's 2021 BMW X5.

After not being able to contact Hwang, police tracked his vehicle Monday from Edison, New Jersey to Cherry Hill where police took Hwang and another unidentified adult man into custody.

The boy was taken to Cooper University Hospital.

The fire marshal says the fire at the father's home started around 5 a.m. Sunday in the fireplace and that furniture had been staged so close that it caught on fire too. By the time firefighters got there, no one was in the house.

Neighbors say they rarely saw the boy or his father, and they believed Hwang was flipping the house to be sold.

After the boy was reported missing, investigators had alerted state police, the FBI, airports, and ICE over worries Hwang would flee the country to Korea where he is originally from. GPS from the car led investigators to New Jersey, where they safely recovered the boy.

"They're probably the most stressful cases to work, however, bringing these to a successful resolution is always a huge relief for everybody involved," said Lt. Andrew Snyder with Cheltenham Township police.