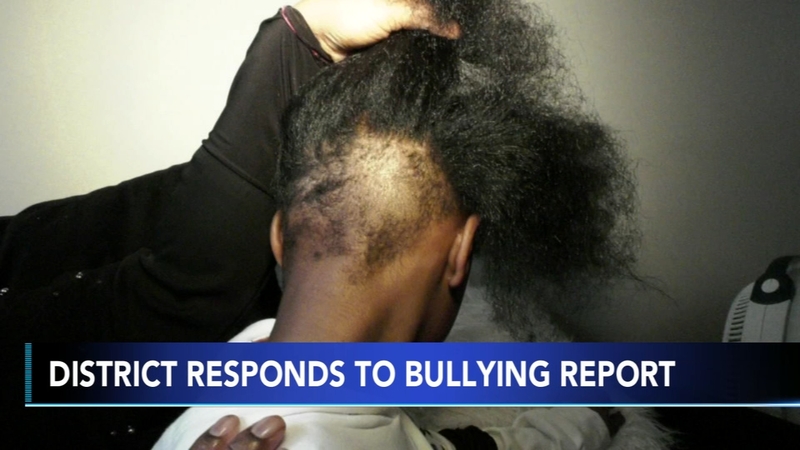 PHILADELPHIA (WPVI) -- A mother in South Philadelphia is speaking out after she said her 8-year-old daughter is a victim of school bullies who cut her child's hair.

Yamina Zahir told Action News that her daughter, Amina, has been repeatedly bullied at Commodore John Barry Elementary for more than a year.

She said it reached a new level Wednesday when Amina came home from school with a large patch of hair missing from the back of her head.

Amina said she told her teacher another female student cut her hair with scissors, but claims the teacher did not respond.

Yamina said she also spoke with her daughter's teacher and school counselor, and even called the police to the school.

But still no action has been taken.

"Nothing is happening. Nothing is being addressed. Someone is really going to get hurt out of this situation. She could've stabbed my daughter. Anything could've happened. She cut my daughter's hair off. Who would do something like that?" Yamina Zahir said.

Yamina said she has filed a report with police.

The School District of Philadelphia responded to Action News' request for a comment Friday morning.