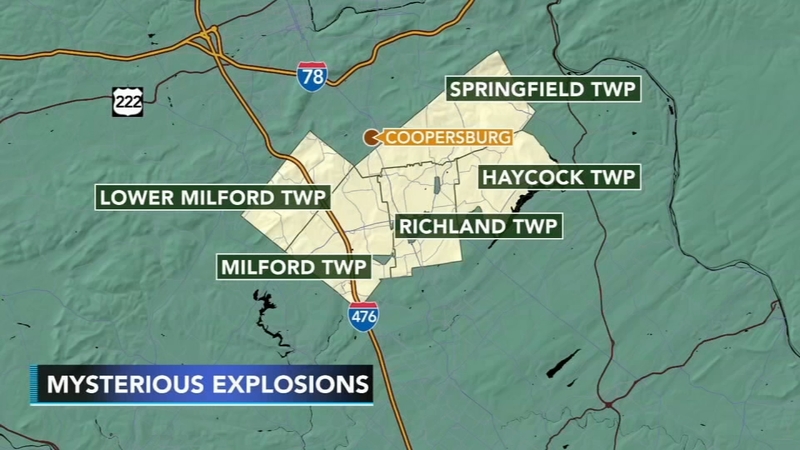 QUAKERTOWN, Pa. (WPVI) -- Investigators are saying that the mysterious booms that have been rattling people in Upper Bucks and Lehigh counties are the result of a someone setting off explosives in the middle of the night.

They are asking for the public's help in trying to catch that person.

"We shoot guns and pop fireworks up here for fun, but this was above and beyond," said Upper Black Eddy resident Nick Zangli.

Zangli said he remembers exactly when he heard one of the loud booms.

It was 3:35 a.m. on the Saturday morning before Mother's Day.

"I happened to be awake and it scared the heck out of me," said Zangli. "It was definitely a very large explosion."

Zangli said he jumped out of bed to see what was going on.

"It stopped everything, there was no crickets, no peepers, nothing, so I went in and loaded a firearm because I had no idea what was going on," he said.

Zangli said the next day someone reported a large hole nearby, along the side of the 1200 block of Lonely Cottage Road. It was about four or five feet wide and a foot deep.

"I stopped and looked at it," he said. "It was obviously an explosion. It had blown debris across the road and stuff."

Sue Crompton of Haycock Township said it was in the middle of the night on April 30 or May 1 that she heard a loud boom near her trailer home along Old Bethlehem Road.

"We heard a big, big, huge sound and a big shock wave," she said. "Actually rumbled the whole room and our whole trailer and the windows."

Investigators said there have now been more than 20 such explosions that have occurred between 1 a.m. and 4:30 a.m. in both Upper Bucks and Lehigh counties. They say no one has been injured, but they are attempting to prevent someone from accidentally getting hurt, including the individual or individuals responsible.

"Probably kids that come up with a formula to blow stuff up, and you know it's cool to watch something blow up, but you could kill somebody in the process," Zangli said.

State Police are being assisted by the FBI and ATF in the investigation.

Officials are asking everyone to remain vigilant and pay attention to events or persons around you. They ask if you see anything, no matter how small it is, to call them at 1-800-426-TIPS. 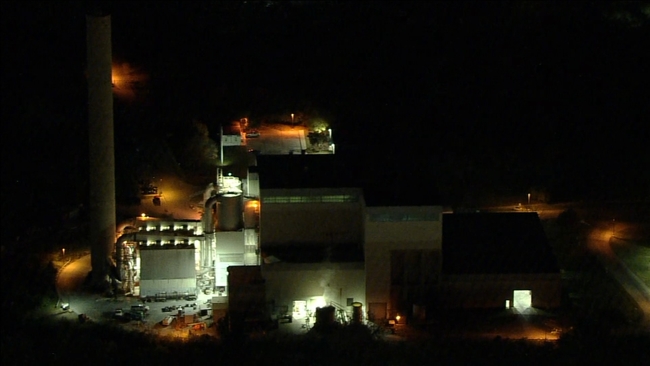 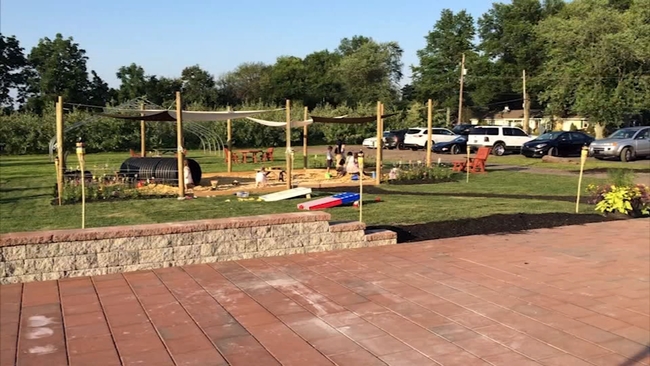 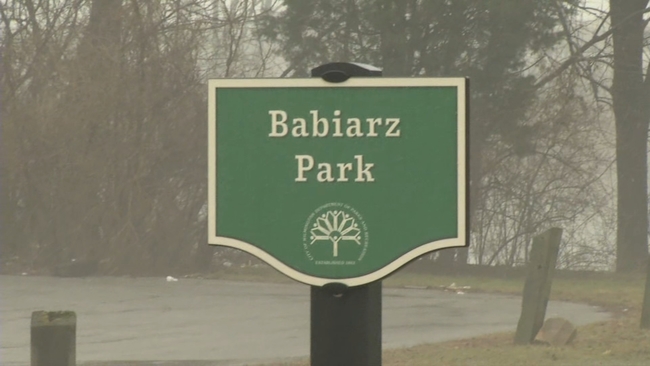 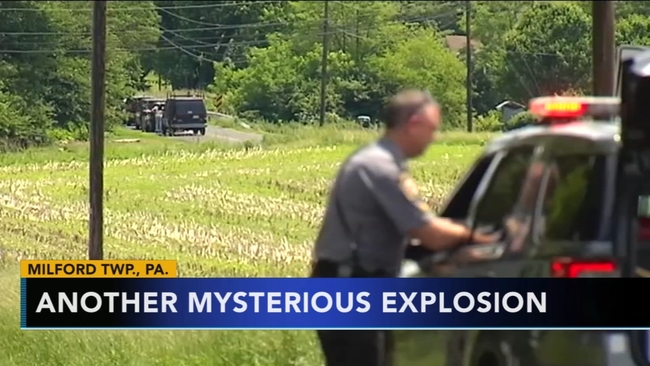