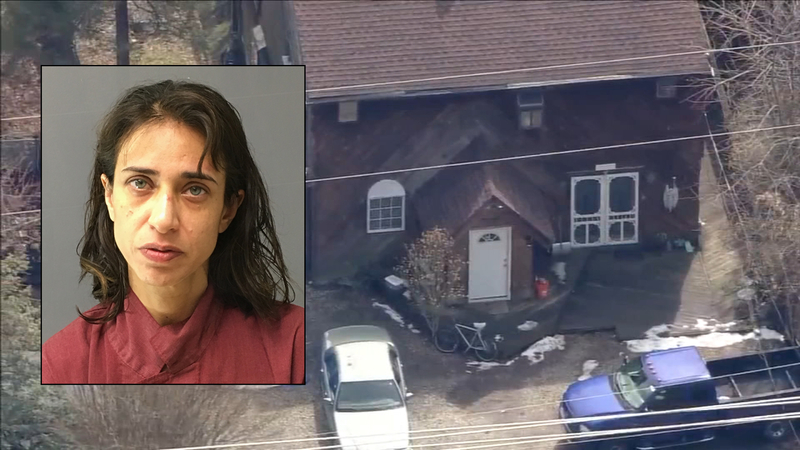 WEST NORRITON TWP., Pennsylvania -- An insanity defense is planned in the trial of a woman accused of having killed her former landlord and another woman in a suburban Philadelphia home earlier this year.

Defense attorney Carrie Allman says Naseema Sami was experiencing symptoms of severe mental illness related to a delusional disorder, including "psychotic beliefs and intense paranoia" at the time of the March slayings in West Norriton Township.

Sami, 44, is charged with first- and third-degree murder, criminal trespass, child endangerment and related offenses in the deaths of 78-year-old Lila Frost and 68-year-old Lorraine Gigliello. Montgomery County prosecutors say she and her 6-year-old son were found under a bed in the home, and the defendant had what appeared to be dried blood on her hands. Authorities allege that Sami said she acted in self-defense because one of the victims was "pushing buttons in her head."

Prosecutors allege the Folsom resident drove to the home with the boy seeking help from Frost, who had been her landlord 20 years earlier. They allege that after entering through an unlocked door she killed Gigliello, a neighbor, when she reached for a phone to call police, and then killed Frost after the older woman arrived home during the attack.

Allman said her client's parents had been concerned about their daughter for a decade and described her as "convinced that she was Jesus, God was talking to her and that people were following her." Allman said Sami "also stated that the trees bow to her."

"Although Ms. Sami appears to have understood the quality of her actions at the time of the offense, her ability to understand the nature/wrongfulness of her actions was significantly compromised due to her severe mental illness," Allman said.

Deputy District Attorney Thomas McGoldrick said he plans to call witnesses "to disprove or discredit" the insanity defense, including a forensic psychiatrist who had met with the defendant. An evaluation earlier this year concluded that Sami was competent to stand trial.