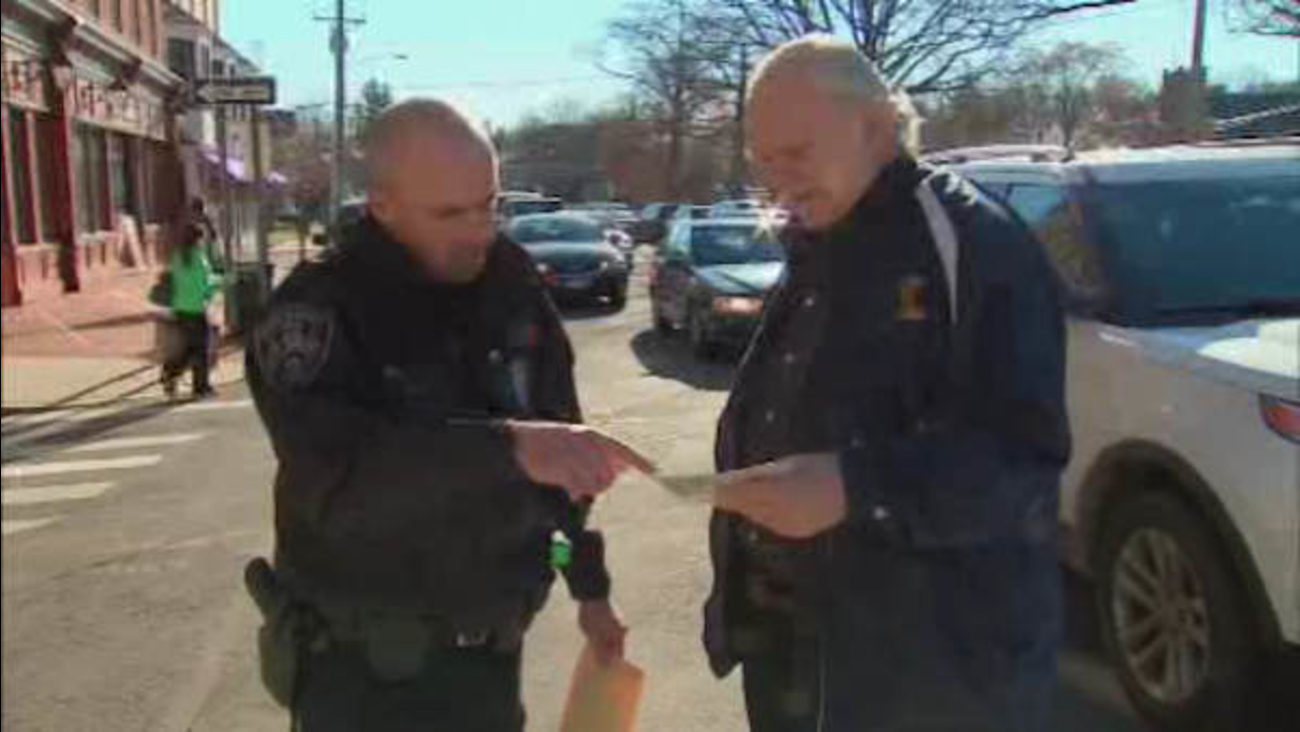 NEW CANAAN, CONNECTICUT -- One police department in Connecticut is putting its own spin on the holiday season, focusing on those drivers and pedestrians who aren't breaking the law.

Officers in New Canaan are thanking law-abiding citizens -- pedestrians who use the crosswalk and motorists who come to a full stop -- by stopping them and giving out gift cards.

"Surprising, yes," New Canaan resident Lanny Saunders said. "Usually I get tickets from the police, but today I got a gift card."

New Canaan is an affluent town of about 20,000, and crime is not the problem. But traffic safety is, especially downtown. There have been more than 500 car accidents this year, well over one a day, with a half dozen involving pedestrians, including one fatality.

"We actually had one hit yesterday, by the Gulf Station on South Avenue," officer Ron Berkeley said. "Darted out on the roadway. Not badly hurt, but she got hit by the car because she wasn't in the crosswalk."

The gift cards were donated by area businesses, and most range in value between $1 and $5. It's no surprise that reaction has been positive.

"I think it's a good idea," the department's Nancy Lepiesha said. "I would like to think, though, that most people would know the law, and pedestrians would be able to cross in the crosswalk, because people would normally stop."

Department Chief Leon Krolikowski calls the program "Do the Right Thing" and admits a little good PR can't hurt at a time when anti-police sentiment is running high nationally. But he points out that his officers will continue to ticket violators.

"We could do that all day long, every day, and it helps," he said. "But it's not where we should be. We want people to self police, do the right thing."

Even though it was launched right before Christmas, the "Do the Right Thing" campaign is open ended. That means the giveaways will continue even after the holidays.