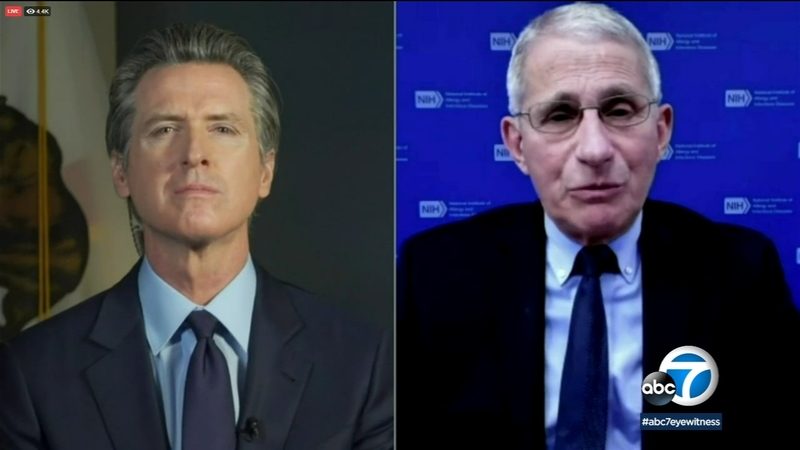 The new, more contagious variant of COVID-19 that was first observed in the United Kingdom has now made its way to Southern California, Gov. Gavin Newsom said Wednesday.

The variant is described as far more contagious than earlier variants of the coronavirus, but not necessarily more deadly or likely to make an infected person more sick. It has also been confirmed in Colorado.

San Diego County officials say the variant was detected in a 30-year-old man. They believe there are likely to be other cases in their area because the man did not have a history of recent travel.

In Los Angeles County, public health director Dr. Barbara Ferrer said county labs did genome testing on 26 samples, but did not find the variant in the county. But she said, given the small sample size and the highly-transmissible nature of the variant, she would not be surprised if it is circulating already in Los Angeles.

Newsom said he learned the new variant was in California Wednesday morning.

He made the disclosure during a virtual conversation with Dr. Anthony Fauci, director of the National Institute of Allergy and Infectious Diseases.
EMBED More News Videos

The new, more contagious variant of COVID-19 that was first observed in the United Kingdom has now made its way to Southern California, Gov. Gavin Newsom said Wednesday.

Fauci said he wasn't surprised and said it is likely to make its way to other states as well.

Dr. Paul Offit, from the Children's Hospital of Philadelphia, on the growing concerns over the contagious new strain of coronavirus.