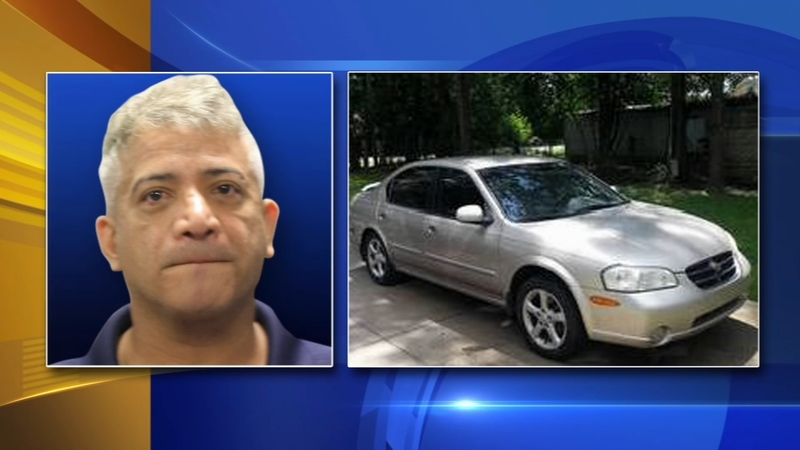 WINSLOW TWP., N.J. (WPVI) -- Police in Winslow Township, Camden County have arrested a man who they say is connected to two attempted lurings.

He allegedly tried to get two teenage girls into his car in two different instances Tuesday.

It was about 4:40 p.m. Tuesday when Winslow officers answered a call at the intersection of Williamstown and Sicklerville roads.

A 17-year-old girl reported that a man driving a car like the one seen in the video, a 2001 tan Maxima offered her a ride. She resisted but given the rain finally agreed to get in the passenger seat.

He said, "The doors are locked. He starts to drive away. At some point during their travel or short distant travel, they didn't go very far. He touched her in her genital area. And then the vehicle comes to a stop."

The 17-year-old then jumps out and runs and calls the police. A short time later police say a 16-year-old reports a similar attempt to lure. She did not get in the car.

There was no answer today at the address where police say Baez lives.

Given the nature of the crime police are asking the public to look at the photos of the car and the suspect,

"We want to get the message out that if anybody has that contact with this individual and or this vehicle, and something similar happened or something, if they could reach out to our detective handling the case."