Officials say sonic booms heard and felt along the coast from New Jersey to Connecticut were caused by military fighter jets conducting tests.

The Navy released the following statement:

"Aircraft from Naval Test Wing Atlantic were conducting routine flight testing in the Atlantic Test Ranges this afternoon that included activities which may have resulted in sonic booms.

The test wing is critical to the safe test and evaluation of all types of Navy and Marine Corps aircraft in service and in development and is primarily based out of Naval Air Station Patuxent River, Md.

Other military aircraft, including both Navy and Air Force, also frequently use the ranges for testing and training."

Residents reported hearing loud booms and feeling the ground and buildings shake. The booms were heard as far away as Connecticut.

Navy spokeswoman Connie Hempel said supersonic tests flights are done almost daily in the same area but that most sonic booms aren't felt on land. They are conducted offshore in an area called the Test Track, parallel to the coast of the Delmarva Peninsula which is occupied by Delaware, Maryland and Viriginia.

Certain atmospheric conditions can increase the chance of hearing the booms.

A geophysicist with the U.S. Geological Survey said there were nine total booms. Bruce Presgrave said recordings show they occurred over the span of 90 minutes.

RELATED: What causes a sonic boom?

The Department of Defense employs a hotline for noise disturbances for the Naval Air Station in Patuxent River. Questions can be referred to 866-819-9028.

The U.S. Geological Survey first confirmed that the event was a sonic boom.

The USGS explained in a tweet: "A sonic boom travels through the air w/ the airplane so it arrives at different ground locations at different times."

The USGS provided the locations of the sonic booms they recorded, and their proximity to nearby towns: 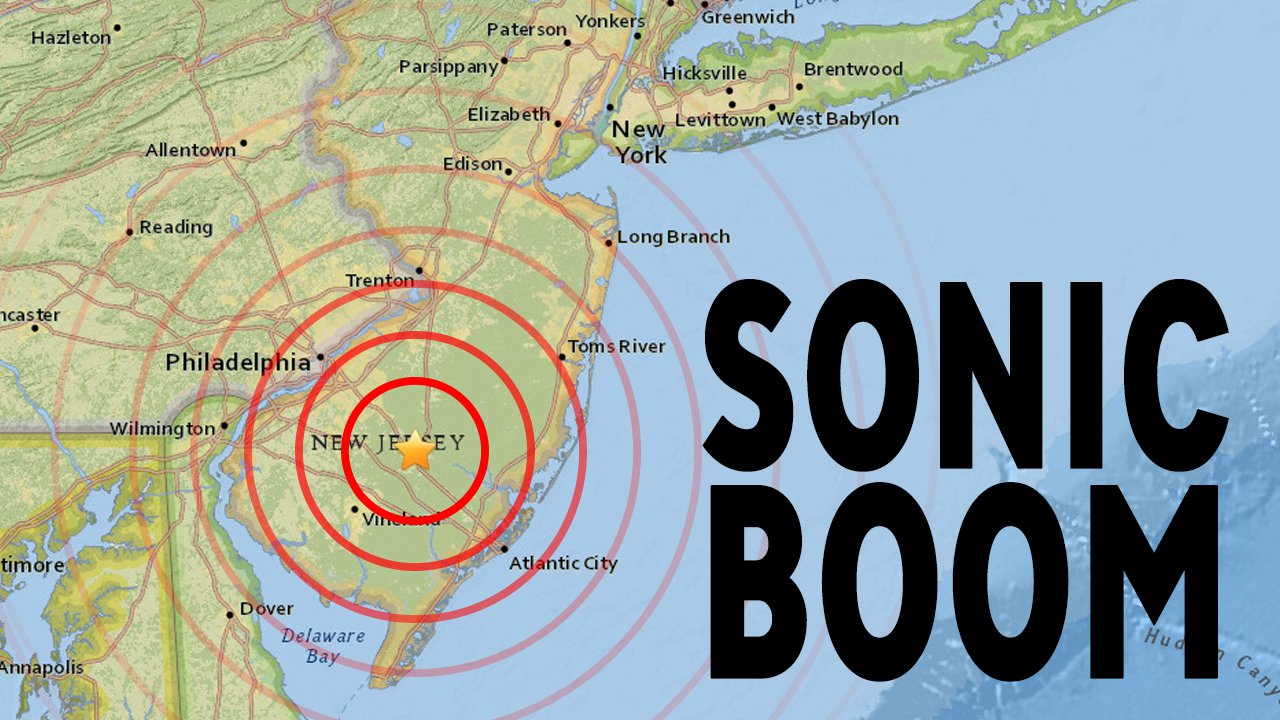