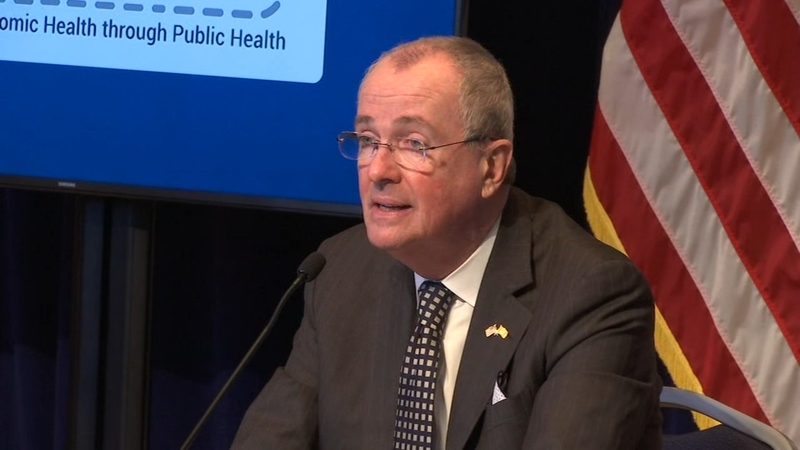 In his Tuesday afternoon press briefing, Governor Phil Murphy said there had been 2,887 additional positive cases and 402 new deaths to reach those totals.

Murphy said the New Jersey Department of Health is now using numbers that come in at 10 p.m. the night before to align with data being used by hospitals.

Some duplicate test results were removed from yesterday's numbers.

Murphy said there were 6,476 hospitalization, with 1,1809 in critical or intensive care.

The number of individuals on ventilators was 1,262.

There were 488 new hospitalizations and 419 new discharges from hospitals.

Gov. Murphy said he was signing an executive order permitting municipal governments to extend the grace period for property tax payments due Friday, May 1, until June 1.

Under existing law, municipalities are only allowed to allow grace periods of up to 10 days, Murphy said he is extending this for an entire month.

The governor has assembled the Restart and Recovery Commission to help guide the state's recovery.

"This team is unrivaled in terms of its diversity of experiences, perspectives, and expertise. We will restart our economy with purely Jersey solutions," Murphy said.

- Dr. Shirley M. Tilghman (Co-Chair) - Professor of Molecular Biology & Public Policy and President Emeritus of Princeton
- Kenneth Frazier (Co-Chair) - Chairman and Chief Executive Officer of Merck
- Dr. Ben Bernanke - Distinguished Fellow in Residence at the Brookings Institution and former Chairman of the Board of Governors of the
- Federal Reserve
- Dr. Richard Besser - President and CEO of the RWJF and former Acting Director for the CDC
- Evie Colbert - Founding Board Member and President of the Board of Montclair Film and Vice President of Spartina Productions

Murphy said the commission will focus on public health, but also on logistical aspects of reopening the economy like workforce issues and transportation.

For the protesters in Trenton on Tuesday afternoon, the process is not moving fast enough. Outside the state house, they called for an immediate opening of New Jersey's businesses and schools, chanting: "Open New Jersey now!"

Murphy said while they have the right to protest, he wished they would do it virtually.