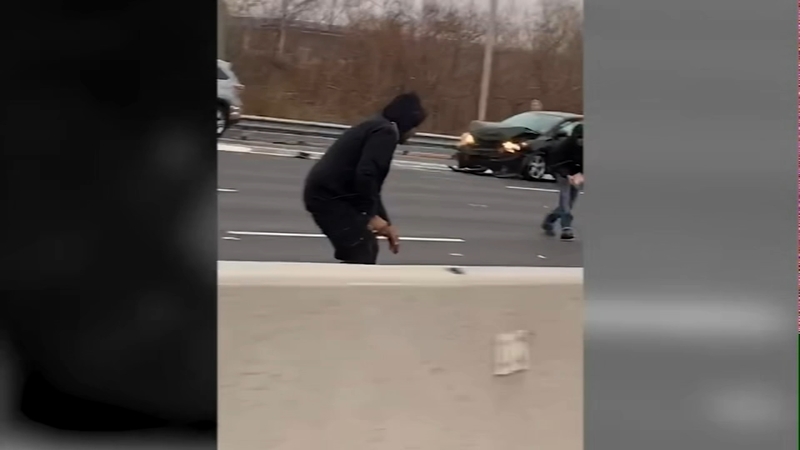 EAST RUTHERFORD, New Jersey (WPVI) -- Authorities say nearly $300,000 is missing after cash spilled from an armored truck on a New Jersey highway, in an incident that caused several crashes and had motorists running out onto the highway to grab the money.

The wild scene unfolded on Thursday morning along Route 3 in East Rutherford.

Police say the investigation determined that two plastic bags containing $140,000 and $370,000, respectively, had fallen through the open door of a Brinks truck.

The bag broke open and the currency became airborne and scattered across the highway.

Later, five individuals either contacted the East Rutherford Police Department or another police agency, which led to the recovery of an additional $11,090.

The East Rutherford Police Department is continuing to investigate the incident and is requesting any person with video or images to contact them at 201-438-0165.

The department is also advising people who have money connected to this incident to call to make arrangements for its return with no charges filed.

"It's theft of mislaid property," East Rutherford police Detective Lieutenant Mike Gianscaspro said. "So we're not looking to charge anybody, we're just looking to get the money back to Brinks."