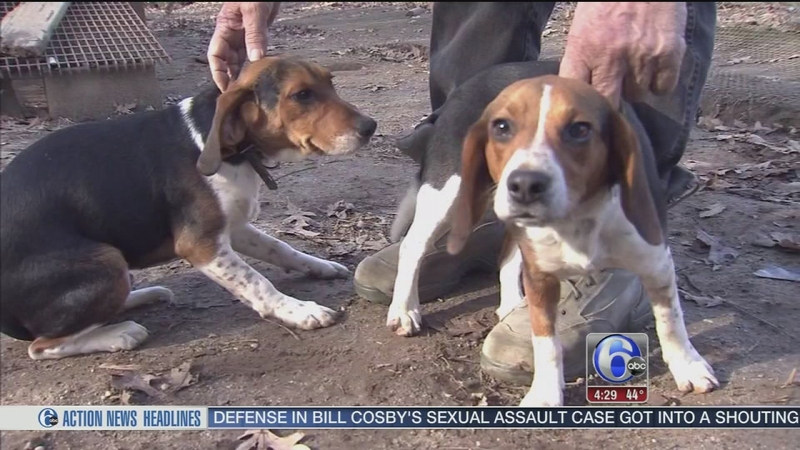 Mike Zappia, 76, took the dogs to the vet last month after they started showing signs of illness.

The vet diagnosed the puppies, named Becky and Jimmy, and determined they were suffering the effects of rat poison.

"Who would ever think of that? Poisoning an animal..." said Mike's wife, Ann.

The dogs live outside in backyard pens along with a couple dozen chickens that roam the property. The Zappias say the puppies became sick just a couple days after police came to their house at two in the morning responding to a complaint from neighbors about their dogs barking.

Mike's explanation for the noise?

"Two stupid cats, they were right there making love. They make a noise, the dog went crazy, barking. That's their job. That's how they talk. We talk, they bark," he said.

The Zappias had two dogs die a couple years ago. They were also found to have ingested rat poison.

This time, at their veterinarians urging, the Zappias went to the police. Jackson Police tell us the case has been referred to the SPCA, but so far investigators have not contacted the Zappias.

"Somebody's doing it, because this is not normal," Ann said.

The Zappias say they are not pointing fingers at anyone.