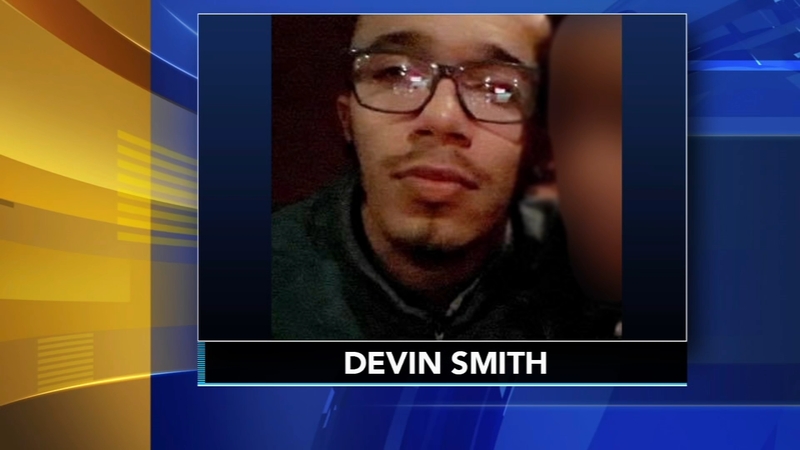 LAWRENCEVILLE, N.J. (WPVI) -- The man who was shot and killed inside an Applebee's restaurant in Lawrenceville, Mercer County, has been identified.

The prosecutor's office said the victim is 23-year-old Devin Smith of Lawrence.

The shooting happened around 12:25 a.m. Tuesday at the Applebee's on the 3330 block of Brunswick Pike (Route 1) near the Quaker Bridge Mall.

Smith was shot in the head and was pronounced dead at the scene. No other injuries were reported.

"Law enforcement says somebody went in there shot a guy in the head, right in the middle of the restaurant. I'm shocked. I live five minutes away and I'm here with my husband and kids all the time," said resident Katie Juliano.

Patrons inside the restaurant at the time were kept on the scene and interviewed by police. Then, one by one, they were escorted by officers to their cars.

Authorities cordoned off the restaurant.

"It's scary because you never know when it's going to happen," said Carole Ramdoo of Trenton.

Prosecutor Angelo Onofri says his office will be looking at surveillance video from inside Applebee's, as well as gathering as much info they can from terrified customers inside when it happened.

"We have several promising leads and are hoping to make an arrest soon," he said.

The Action Cam on the scene as police investigate a shooting at the Applebee's in Lawrenceville, NJ on November 14, 2017.

Police are actively searching for a black Chevy Suburban in connection to the shooting. They say the vehicle fled northbound on Route 1.

Authorities say they have promising leads and hope to make an arrest soon.

This was the first homicide in Lawrenceville in 16 years.

The Mercer County Homicide Task Force and the Lawrence Township Police Department are continuing to investigate.