Gov.-elect Phil Murphy poses next to cutout of Gov. Chris Christie on beach 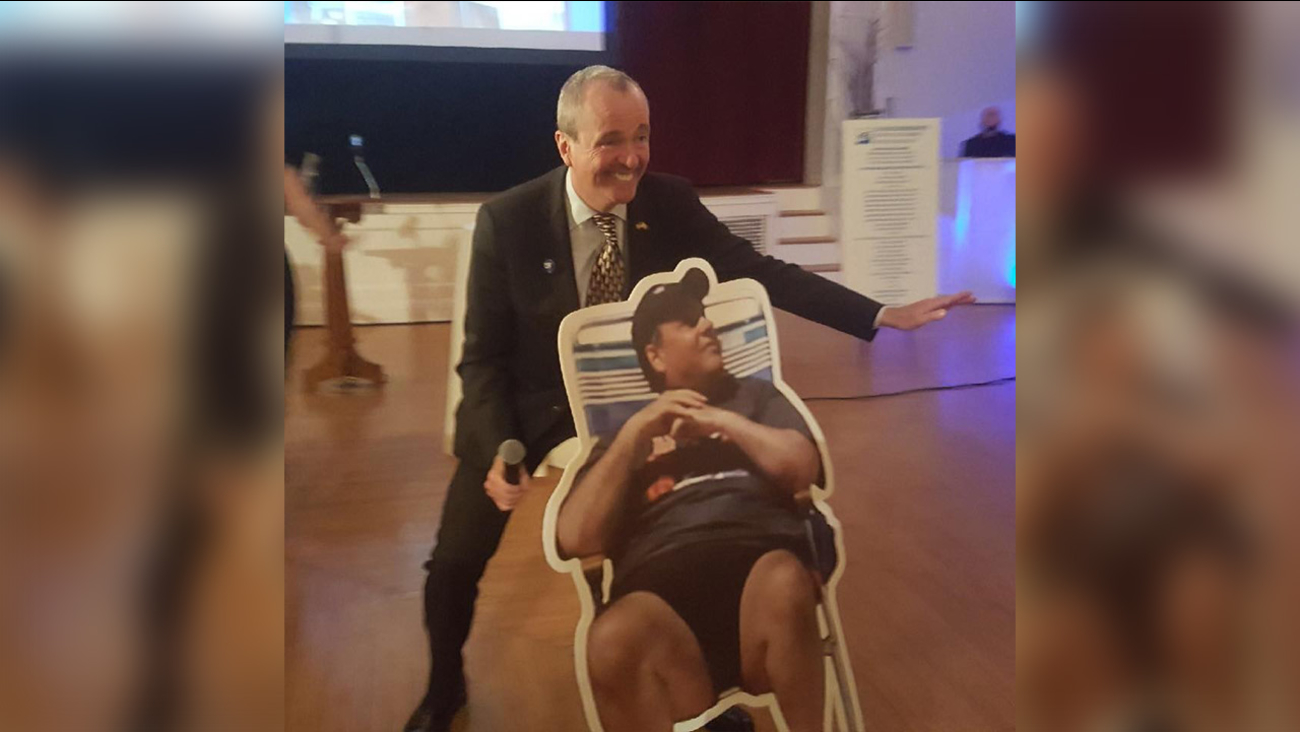 TRENTON, N.J. -- New Jersey Gov.-elect Phil Murphy is getting some pushback for posing for photos next to a cardboard cutout of Gov. Chris Christie lounging on a beach last summer.

Murphy told NJ Advance Media on Friday that he was standing near the cutout at an event on Thursday night in Glen Ridge and "couldn't resist."

The pictures were taken while Murphy was at a gala held by the New Jersey Working Families Alliance, a group long critical of Christie that put up the near-life-size cutout as a prop. Murphy referred to the photos on the campaign trail, saying at multiple campaign stops, "We will not go to the beach ourselves."

"It was right in front of me!" Murphy said, throwing up his arms, while on a diplomatic trip to Puerto Rico on Friday.

Christie came under intense criticism after he was photographed with his family on a beach closed to the public over the Fourth of July weekend due to a government shutdown.

Some called Murphy's action something you might expect on the campaign trail months ago, not weeks before the Democrat succeeds the Republican governor on Jan. 16.

Christie himself, according to NorthJersey.com, called it "disappointing because we've been so open and so welcoming to him, and not playing politics at all."

"I just think it sends a really terrible message to people about if you say you want to bring people together and do all the rest of that, then what you should want to do is focus on the future and not be looking at the past," Christie said.

Carl Golden, a former press secretary for other former Republican governors, called the photos of Murphy a "remarkable lapse in judgment," adding that it seemed at odds with his demeanor. He said the period between an election and a new governor is never easy, especially when predecessor and successor are from different parties.