New policing in Camden is making a difference 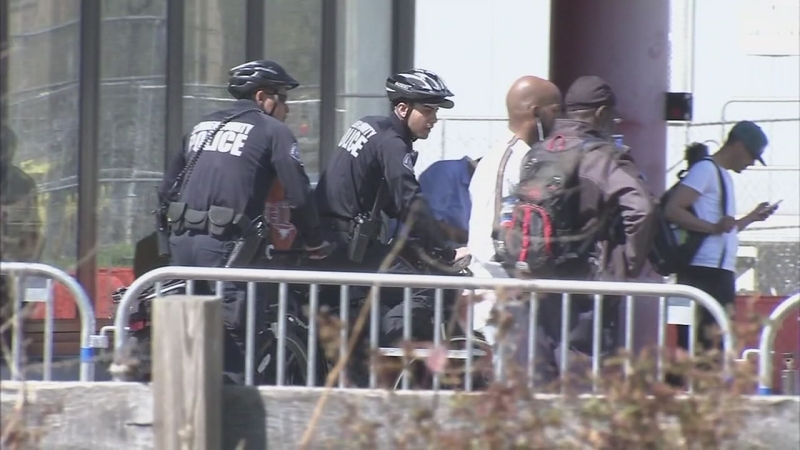 New policing in Camden is making a difference

CAMDEN, N.J. (WPVI) -- Police are changing the face of Camden that was once considered one of the most dangerous in the country.

The Camden County police department shared a video on YouTube.

It shows in detail a deranged man swinging a knife and ignoring officers' commands to put it down.

But instead of shooting the suspect to disarm him, a dozen officers surround the man and walk several blocks with him until he finally dropped the knife and is subdued.

Training Commander Lt. Kevin Lutz said, "The core of everything we do from a training perspective is based upon the sanctity of life and putting a value on someone's life separate from the behavior that they are exhibiting at the time of the encounter."

The incident happened in 2015, but reflects the change in philosophy and training for officers.

There are more of them out on the street and critical incidents like this don't have to be immediately resolved. It's Okay to slow things down. And as long as cops are at a safe distance they can re-position and try to diffuse the situation.

Sgt. Raphael Thornton, training supervisor said, "They have pride in saving lives in a different way without having to take a life to save a life. It's just a different culture in the police department."

It seems to be paying off. There has been one murder in Camden since December. And compared to the beginning of last year, murders are down 89%, aggravated assaults and violent crimes haves also dropped.

Camden County Freeholder Director Lou Cappelli said, "It's not just an us versus them situation, it's the residents working with the police to help solve and prevent crime."

He says he's no fan of police in general, but things have improved.

"It's a big difference. They come around and be on the bikes and stuff. They make sure the neighborhood is going to be safe especially for kids when they get out of school," said Coles.

Things are not perfect and there is a long way to go, but the move away of from the use of force whenever possible and creating relationships with the public is improving.