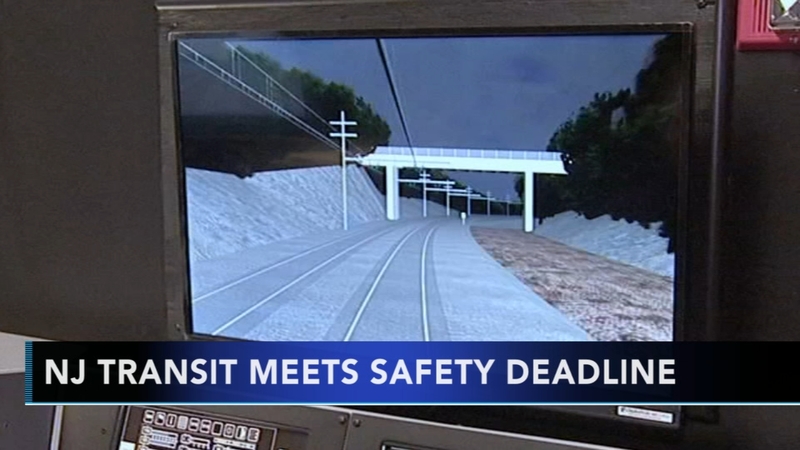 At a news conference at NJ Transit's maintenance yard, the Democratic governor said the transit agency has made enough progress on outfitting locomotives, cab cars and tracks with positive train control to qualify for a two-year extension.

NJ Transit now has until the end of 2020 to conduct live testing of the system and finish training its employees.

"There's still a lot of work left to do on PTC, but this is a major step forward as we continue to rebuild our mass transit system," Murphy said.

The completion of the work to meet the deadline hasn't come without pain for commuters. NJ Transit was forced to reduce service this fall so it could remove cars and locomotives to be outfitted. Over the summer, engineer shortages and unexcused absences led to further service cancellations that had riders fuming daily on social media.

NJ Transit has said regular schedules could resume next month.

The disruptions may not be completely over, however. Live testing on the system is expected to begin next spring, and some glitches are still possible.

In a statement, Corbett thanked riders "for their patience and understanding in helping us reach this milestone."

In the aftermath of a 2008 commuter rail crash in California that killed 25 people, the government required commuter and freight railroads to have PTC installed by the end of 2015. That deadline later was extended three years, and railroads were given the chance to request extensions to the end of 2020 if they met certain benchmarks by the end of this month.
------
Send a News Tip to Action News
Learn More About 6abc Apps
Report a correction or typo
Related topics:
traveltrain safetynew jersey newsnew jersey transittrains
Copyright © 2022 WPVI-TV. All Rights Reserved.
TOP STORIES
1 dead, 4 injured after driver crashes into utility pole in Montco
AccuWeather: Clipper system to bring snow showers to parts of region
Fire on roof sends smoke billowing over Center City
Fauci optimistic omicron will peak in February
Gamers raise thousands for CHOP during 24-hour marathon
5 tax changes that can boost your refund this year
Former CHOP patient becomes nurse at new King of Prussia hospital
Show More
Woman says someone followed her in Center City using Apple AirTag
Family demands justice after 23-year-old woman found dead after date
How to order your free COVID tests from the government
How a 73-year-old grandmother outwitted a scam artist
FBI issues new warning on QR codes
More TOP STORIES News