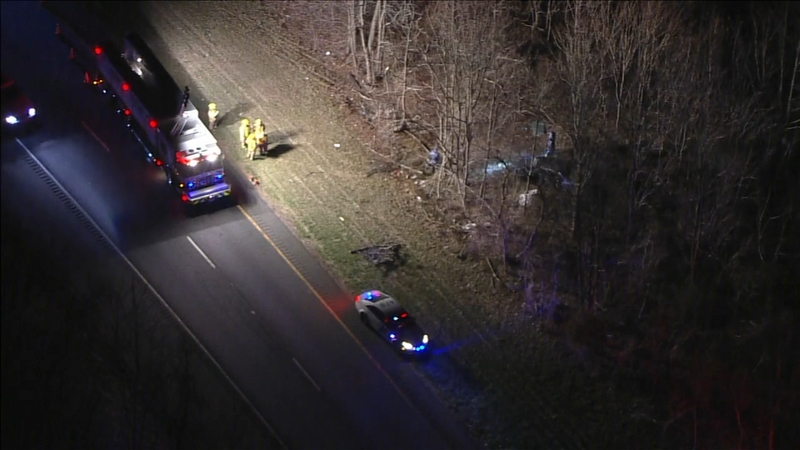 1 dead after crash on Rt. 55 in Deptford Township

DEPTFORD TOWNSHIP, N.J. -- State police have released the name of a woman killed this week when her car veered off a southern New Jersey highway and struck several trees.

Tiffany Moore was southbound on Route 55 in Deptford Township when she left the highway around 9:15 p.m. Tuesday.

The 26-year-old Glassboro woman - who wasn't wearing a seat belt - was ejected from the vehicle and was pronounced dead at the scene a short time later.

Moore was traveling by herself when the crash occurred. Authorities say no other vehicles were involved.

The accident forced authorities to shut down a stretch of the highway for several hours, causing some traffic delays.