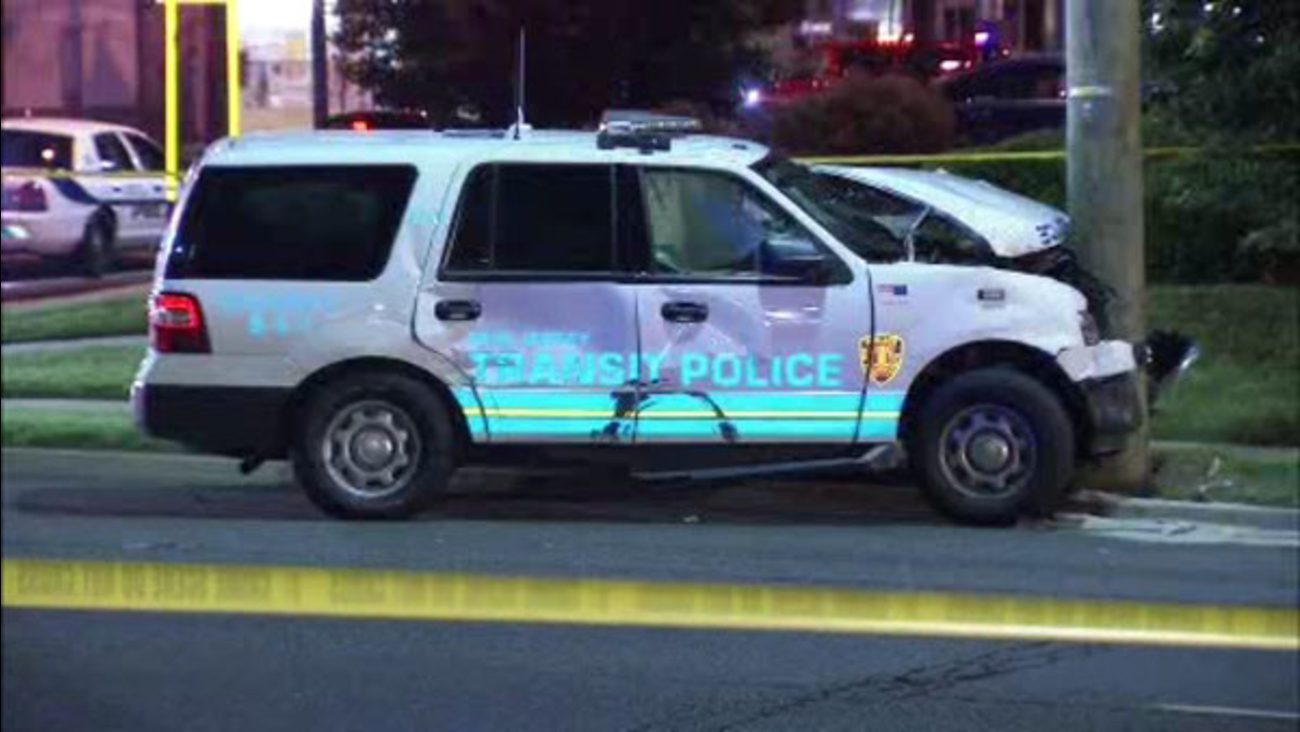 The crash occurred around 8 p.m. Monday along Route 130 near High Street.

Police say the officer was responding to an assist call when he was struck by another vehicle.

The transit officer's SUV smashed into a utility pole trapping him inside.

A Burlington City officer arrived on the scene and was able to rescue the transit officer as the SUV began to smoke.

The Burlington City officer was hurt in the process.

Both officers were taken to Lourdes Medical Center of Burlington County and are expected to be OK.

The driver of the other vehicle refused medical treatment.