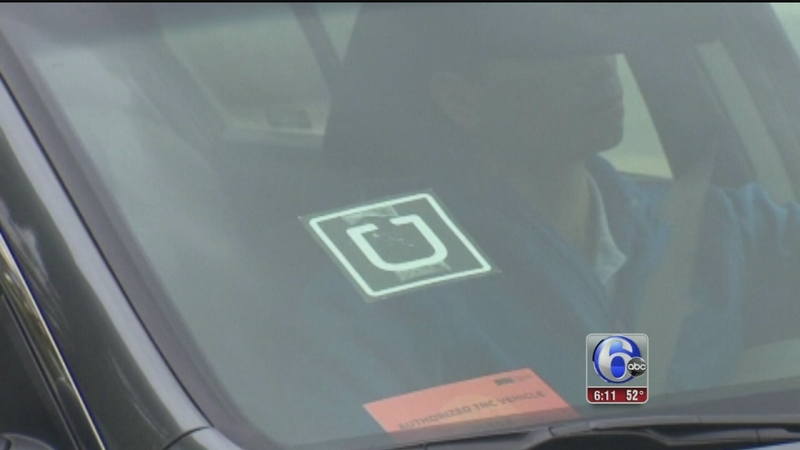 PHILADELPHIA (WPVI) -- With New Year's Eve parties just a day away, police are stepping up their efforts to combat drunk driving.

They're setting up checkpoints across our area.

Even the driving service Uber is trying to help out, for free.

Jim Lardear from AAA-Mid-Atlantic says New Year's consistently ranks among the deadliest days for alcohol related traffic fatalities. And yet he says many of these crashes are preventable.

"You have to have a plan before you decide where you're going," Lardear said.

Uber's Jon Feldman says drivers will be out to give revelers a reliable ride.

And on New Year's Day, Uber will be bringing back a breathalyzer kiosk they first set up in Manayunk the night before Thanksgiving. Blow into the straw, and if your blood alcohol level is too high, you get a free ride home.

Uber says the New Year's kiosk will be at a surprise location, but hinted to look around the parade route in Center City. They say this is all part of their effort to spread awareness how to get home safely.

In Bucks and Montgomery counties, 11 municipal departments and state police will be working to crack down on drunk driving on routes 611 and 309.

Over at the Belmont Barracks, state police aren't providing specifics on their deployment but say rest assured, troopers will be out.

One of the goals of the increased police presence is to deter drunk drivers to begin with and the police that are out will be watching for signs of unsafe driving on the roads.

And remember, it's not just alcohol, prescription and illegal drugs can also impair your ability to drive safely.