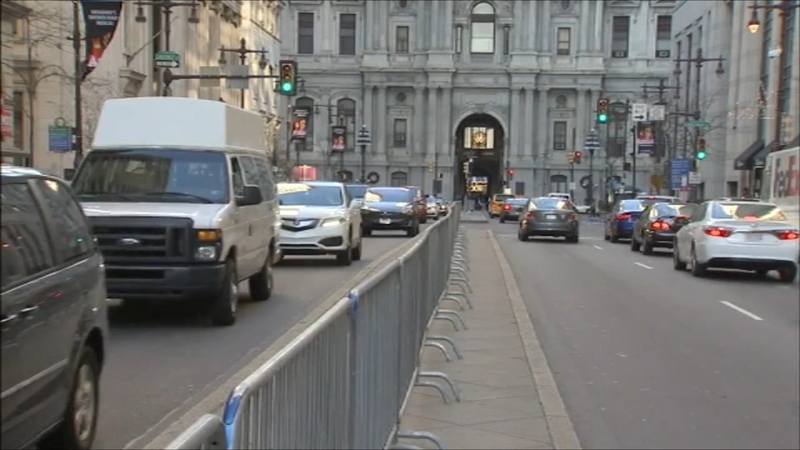 PHILADELPHIA (WPVI) -- The frigid temperatures are top of mind for officials getting ready for New Year's celebrations in Philadelphia. But so is the safety of the crowds of people who will gather for fireworks and the Mummers Parade.

Philadelphia police say there is no credible threat to our area for the New Year's holiday. That said, police are on high alert making sure revelers are safe on Broad Street and around the city.

The march down Broad is an annual tradition in the city. But as the performances evolve, so too does security.

Police have tweaked their security but are keeping details close to the vest. You'll see side streets off Broad blocked and barricades along the route that stretches down Broad to City Hall.

"You are going to see a lot of uniform patrol. There will be plain clothed officers that you won't see. We have many layers of security and we expect it to be a great event," said Philadelphia Police Dep. Commissioner Dennis Wilson.

Surveillance will be extensive, with crowds being monitored at the Police Real Time Crime Center in South Philadelphia.

And one new wrinkle - a drone. For the first time, police will incorporate a drone as a sort of eye in the sky.

"They are very good for large events. You get an overhead view of the whole event. If something happens you can zoom in on exactly what the problem is, maybe even before a police officer can get there," said Dep. Commissioner Wilson.

Down at Penn's Landing, organizers have been working with Homeland Security to strengthen safety. With tens of thousands of people possibly watching fireworks there, crowd safety and vehicles are a concern.

"We've added a lot of concrete impediments into the entrances, or into place that people can potentially drive into," said Emma Fried-Cassorla of the Delaware River Waterfront Corporation. "That's one of the things that Homeland Security really wanted us to do that we have done in the last month."

With so many officers out on the roadways and in the elements, for the Mummers Parade and for the fireworks at Penn's Landing, police say they are bringing in warming centers so that officers can get warm and then get back on the line.

The following road closures will be in effect for the 2018 Mummer's Parade:

- Entire parade route, west side of City Hall and Broad St. from City Hall to Washington Ave. 7:00am to end, Mon. Jan. 1.

- Parking restrictions on and around the parade route will also be in effect, some starting at 6:00pm, Fri. Dec. 29.