Authorities say James has been staying at a Philadelphia apartment over the last few weeks.
WPVI
By Katherine Scott and 6abc Digital Staff 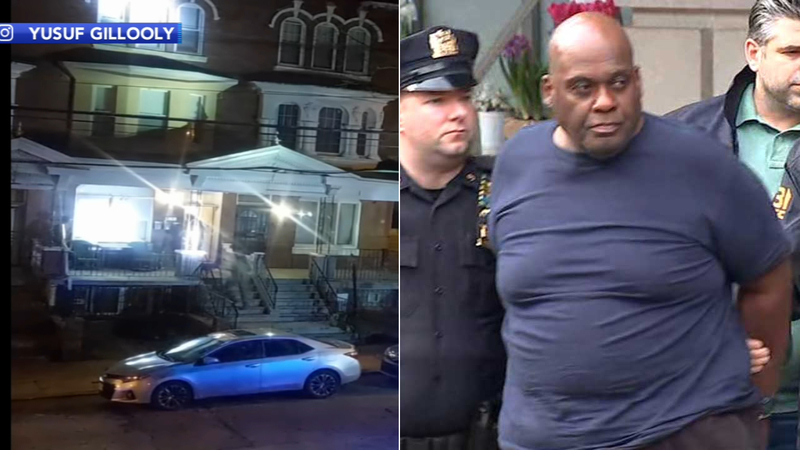 PHILADELPHIA (WPVI) -- The search of a Philadelphia apartment was part of the investigation that led to the arrest of a man accused of the violent rush-hour attack on a New York City subway train.

Frank James, 62, is due in federal court Thursday.

Court records obtained by the Action News reveal a terroristic threat charge in New Jersey in the mid-1990s.

Authorities have been poring over evidence, gathered both in Brooklyn and in Philadelphia, where police said James was staying right before the rampage.

A criminal complaint shows that James rented a U-Haul out of Philadelphia the day before the shooting. It is believed to be from the facility in the city's Hunting Park section.

Investigators also said he rented a storage unit at the same facility.

Inside, law enforcement agents recovered 9mm ammunition, a threaded 9mm pistol barrel that allows for a silencer or suppresser to be attached, targets and .223 caliber ammunition, which is used with an AR-15 semi-automatic rifle.

The complaint also said he rented an apartment in Philadelphia for 15 days around March 28. Fifteen days from that date would have been Tuesday, the day of the shooting.

Action News has obtained cellphone video that shows the FBI raiding a Philadelphia Airbnb where Frank James was staying.

Agents recovered an empty magazine for a Glock handgun, a TASER, a high-capacity rifle magazine and a blue smoke cannister.

According to the criminal complaint, James took Lyft rides to or from his Philadelphia apartment approximately 21 times from March 28, 2022 through April 10, 2022.

Investigators said technology, video canvassing and getting information out to the public helped get the case solved quickly.

"We were able to shrink his world quickly," NYPD Commissioner Keechant L. Sewell said. "There was nowhere left for him to run."

James was taken into custody Wednesday in Manhattan's Lower East Side after a 30-hour manhunt.

According to sources, James called police on himself from a McDonald's and would be found just minutes later nearby.

He allegedly said he'd been seeing himself all over the news and social media.

Police said their top priority was getting the suspect, now charged with a federal terrorism offense, off the streets as they investigate their biggest unanswered question: Why?

James is the lone suspect in the Brooklyn subway attack that left 10 people shot and 19 others injured.

Police said fellow riders heard him say only "oops" as he set off one smoke grenade in a crowded subway car as it rolled into a station.

He then set off a second smoke grenade and started firing, police said. In the smoke and chaos that ensued, police said James made his getaway by slipping into a train that pulled in across the platform and exited after the first stop.

Left behind at the scene was the gun, extended magazines, a hatchet, detonated and undetonated smoke grenades, a black garbage can, a rolling cart, gasoline and the key to the U-Haul van, police said.

That key led investigators to James, and clues to a life of setbacks and anger as he bounced among factory and maintenance jobs, got fired at least twice, moved among Milwaukee, Philadelphia, New Jersey and New York.

While the motive for the attack remains under investigation, in recent months, James posted YouTube videos railing on the New York City mayor, racism and violence in the U.S.

Investigators said James had 12 prior arrests in New York and New Jersey from 1990 to 2007, including for possession of burglary tools, criminal sex act, trespassing, larceny and disorderly conduct.

James had no felony convictions and was not prohibited from purchasing or owning a firearm. Police said the gun used in the attack was legally purchased at an Ohio pawn shop in 2011.

James was taken into custody without incident.

Though initial reports said James booked the Philadelphia apartment through Airbnb, a spokesperson with the company told Action News on Thursday that was not the case.

The company said there were no Airbnb accounts or reservations associated with "any of the identifiable information currently available about Frank James." Airbnb said they did not have any reservations at that property during the time he was present.