Court records obtained by the Action News reveal a terroristic threat charge in New Jersey in the mid-1990s.
WPVI
By Chad Pradelli and Cheryl Mettendorf 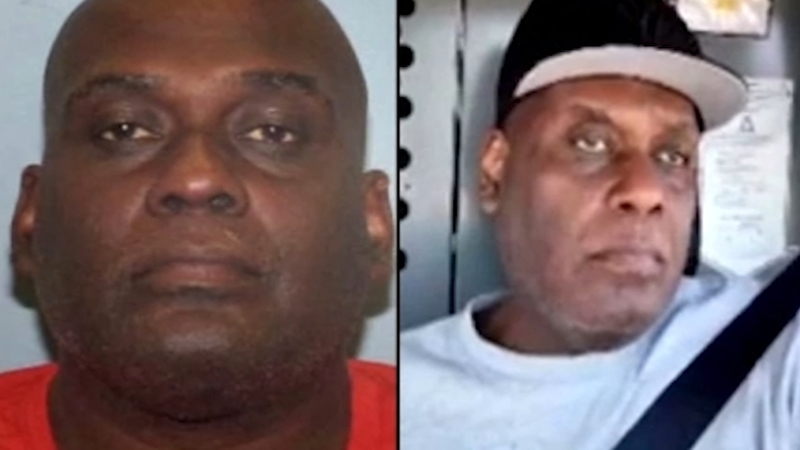 PHILADELPHIA (WPVI) -- The man arrested in connection to the New York subway shooting has a lengthy criminal history and had talked about violence and mass shootings in videos posted on YouTube -- including one uploaded as recently as Monday.

The New York City Police Department said James is the suspect behind a mass shooting Tuesday that left 10 people with gunshot wounds and 19 other people injured in Brooklyn. Police believe none of the wounded have life-threatening injuries.

Before allegedly opening fire on the subway, James traveled from the Midwest to Philadelphia and he documented it through online videos.

"I am on my way to Philadelphia," James said in this video recorded on March 20.

Authorities say there is no indication that Frank James had ties to terror organizations. The motive remains unclear.

The alleged subway shooter then talks about packing up from Milwaukee, Wisconsin where authorities say he once lived. He arrived in Philadelphia a little over a week later.

"Finish my trip, get up to Philly drop my (expletive) off at my storage unit, go to my hotel I'm staying at that is not even in Philadelphia. I had to find somewhere else in New Jersey because this (expletive) is expensive," he said.

In a video on March 28, he said this: "All my troubles surround work all my problems seem to be surrounding me just trying to work and being attacked."

His troubles date back decades with a string of arrests according to authorities.

Court records obtained by the Action News Investigative team reveal a terroristic threat charge in New Jersey in the mid-1990s. He was sentenced to probation and ordered to undergo behavioral health treatment.

In 2008, it appeared the 62-year-old moved to the 3500 block of N. 18th St. in Tioga-Nicetown where he lived for several years. Our calls to his former landlord have not been returned.

Mike Marza reports from the scene of Tuesday's mass shooting, as the search intensifies for suspect Frank R. James.

He has nine prior arrests in New York City dating from 1992 to 1998 for offenses including possession of burglary tools, a criminal sex act and theft of service, NYPD Chief of Detectives James Essig said in Wednesday news conference.

However, James had no previous felony convictions so was able to purchase a gun, according to Essig.

The woman who has been a block captain and lived here on the block for decades remembers James.

"I did not know him but had seen him before, but I had no idea what his name was or what house he was in," she said.

Neighbors down the road on the 4500 block of N. 18th say James' mother and father had lived in the area for many years, and he'd often visit. But the two who they believe were his parents had since long passed away.

James is charged with violating a law that prohibits terrorist and other violent attacks against a mass transportation system, according to Breon Peace, US Attorney for the Eastern District of New York. The motive behind the shooting is still unknown.