1 dead, 1 injured after car crashes into tree on Roosevelt Boulevard 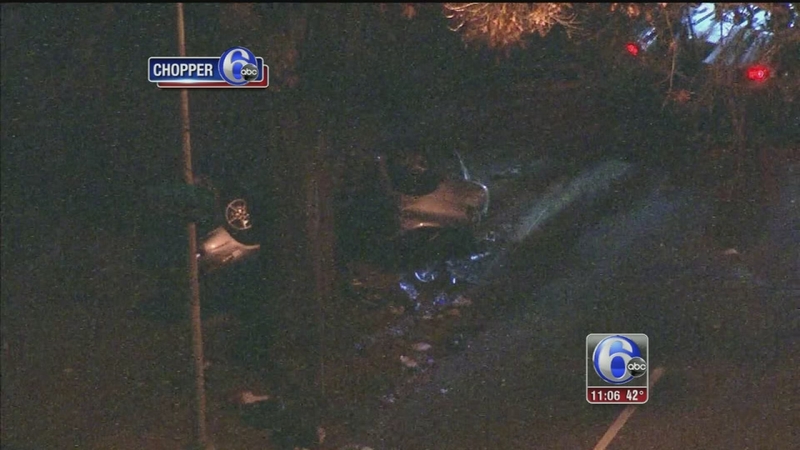 FELTONVILLE (WPVI) -- One person is dead and another hospitalized after an accident on the Roosevelt Boulevard.

It happened shortly before 7:00 p.m. Tuesday along the 4000 block of East Roosevelt Boulevard in Feltonville.

Police say the driver of a 2002 silver Pontiac that was traveling southbound in the outer lanes lost control and struck a tree.

Fire rescue crews responded and extricated a man and woman.

The woman was pronounced dead at the scene.

The man was taken to Einstein Medical Center in stable condition.

There is no word on what made the driver lose control of the vehicle.