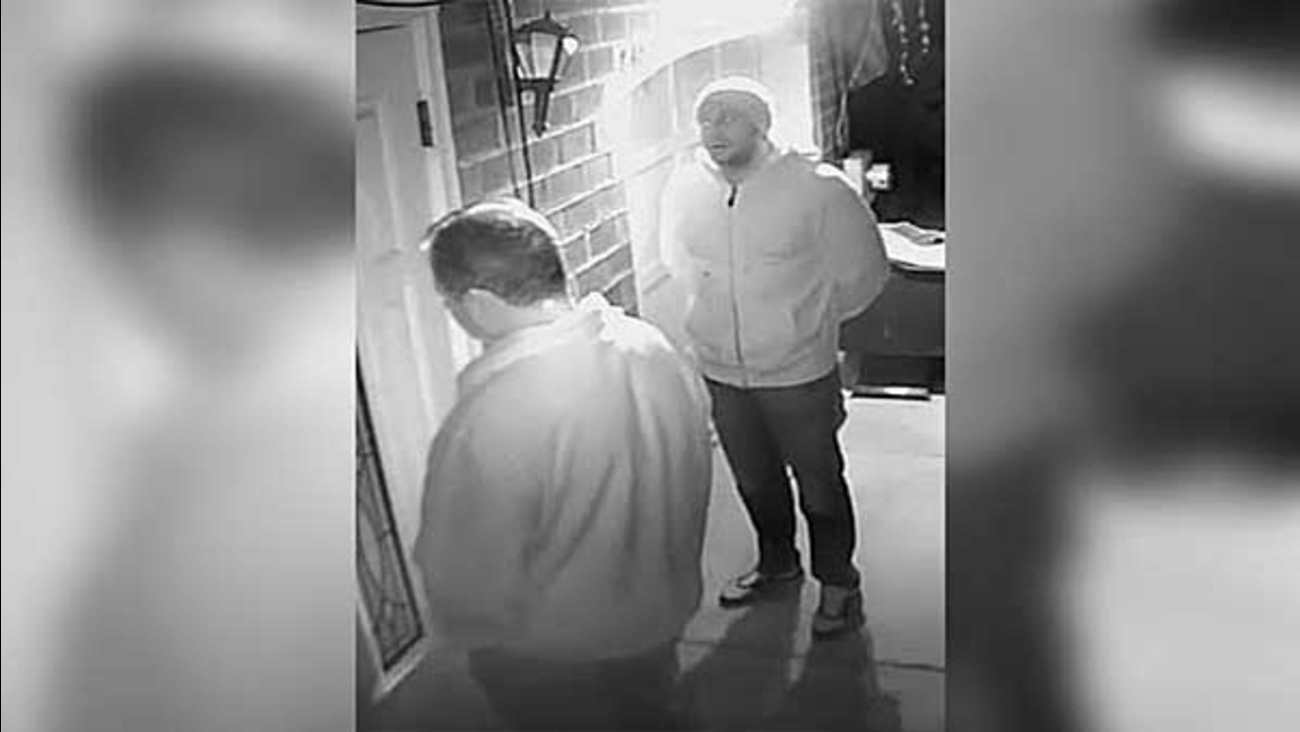 Detectives are looking for two suspects who viciously attacked a 70-year-old man inside his home in the Somerton section of the city.

SOMERTON (WPVI) -- Philadelphia police are looking for two suspects who viciously attacked a 70-year-old man at his home in the Somerton section of the city.

Surveillance video captured the suspects on October 6th as they knocked on his door on the 800 block of Welton Street around 9:30 p.m.


Police say when the man answered, he was shoved inside and beaten in the head with a metal stick.

He was transported to Aria Torresdale Hospital where he was listed in critical condition with a cracked skull, heavy brain bleeding, and multiple staples to the left side of his head.

Police describe the first suspect as a white male, in his mid-30s, 6'0" tall, 230lbs. with a beard. He was wearing a light colored knit hat, light colored hooded jacket, blue jeans, and armed with a dark colored metal bar.

The second suspect is described as a white male, 55-years-old, 5'9" tall and 200lbs with dark hair. He was wearing a light colored zip up jacket, and blue jeans.