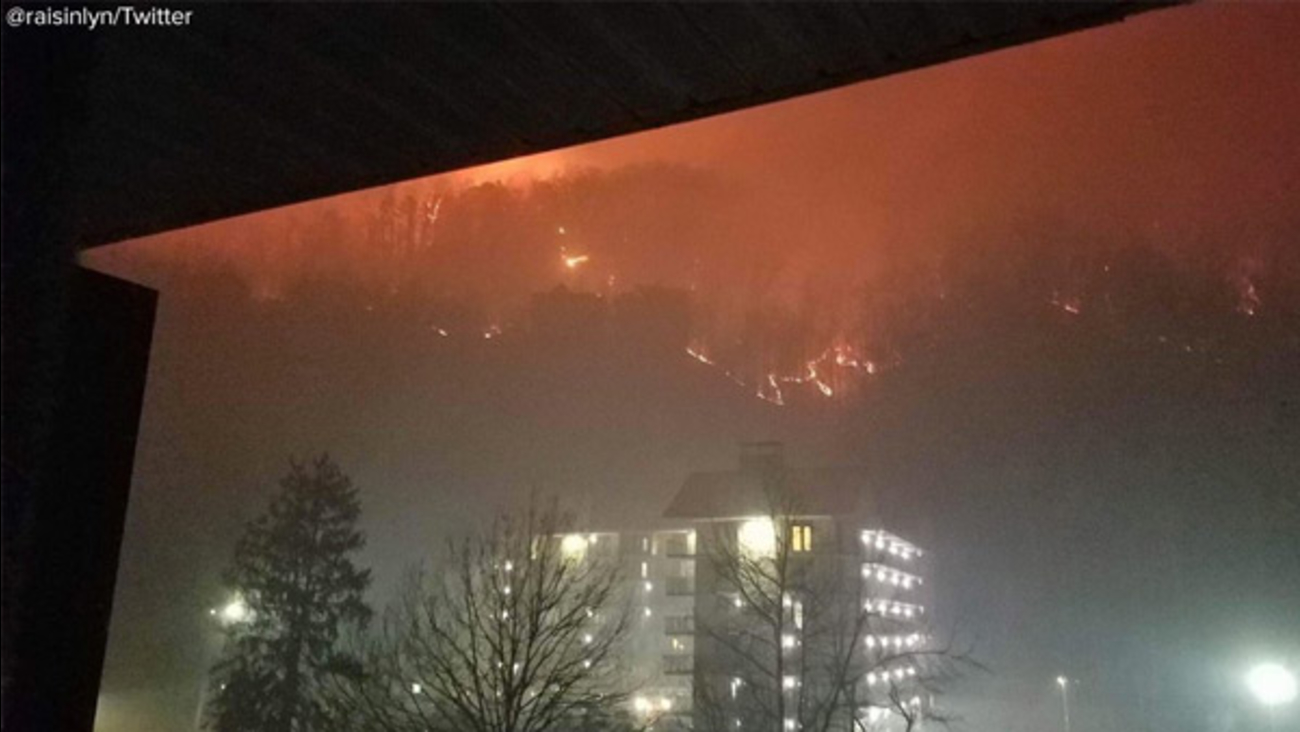 Guest cabins at Dollywood have been evacuated amid a series of raging wildfires nearby in Tennessee, according to a representative for the resort and the state's emergency management agency.

The news comes as the town of Gatlinburg and nearby communities, including a portion of Pigeon Forge, where Dollywood is located, have come under a mandatory evacuation order.

The Tennessee Emergency Management Agency confirmed that a wildfire was approaching the edge of the Dollywood property on Monday night. So far, the wildfire has burned 30 structures in the surrounding area and injured one person. Schools in two counties in the affected area will be closed on Tuesday, the agency said.

"We have fire crews on the park working with our team to protect structures," said Pete Owens, Dollywood Director of Media. "There is fire on the ridge near the park."

Owens said the guests in the property's cabins have been relocated, but that the resort on the site has not been evacuated.

There was so far no fire in the park, about 8 miles outside of Gatlinburg, as of late Monday night, Owens said.