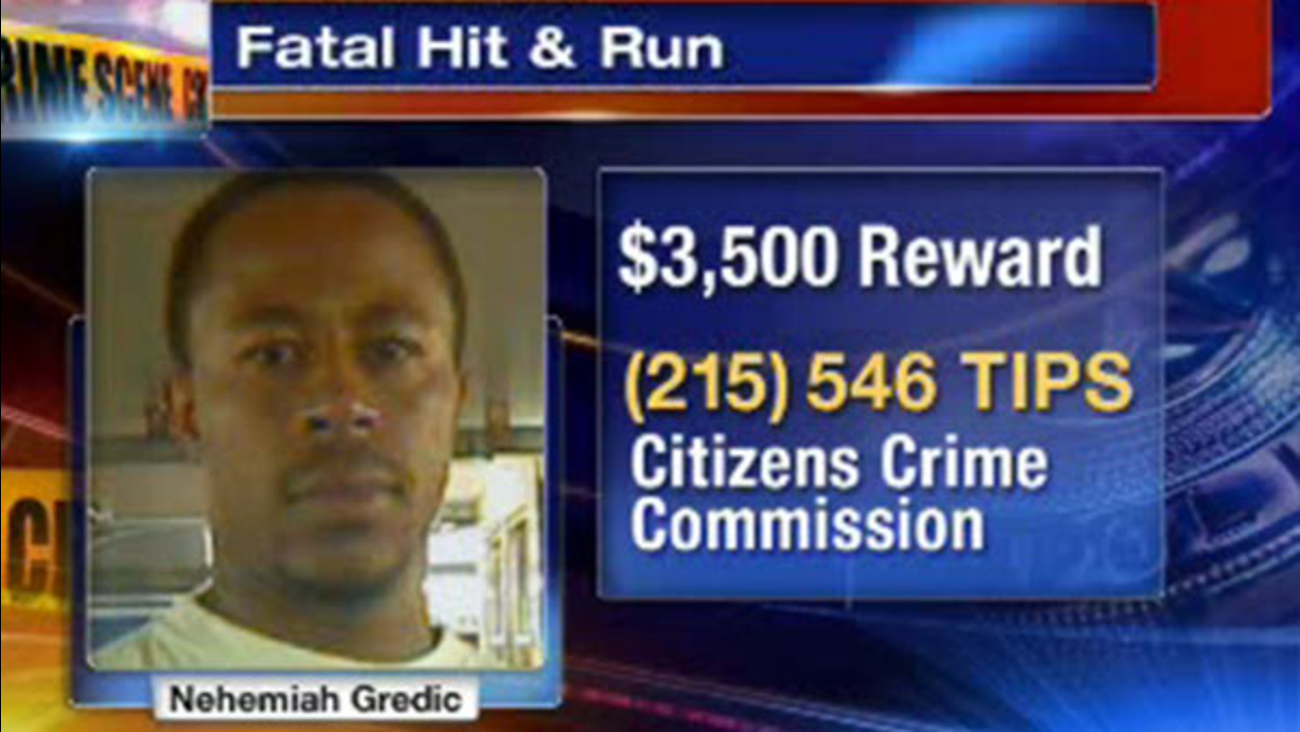 SOUTHWEST PHILADELPHIA (WPVI) -- A reward is being offered as police still seek the driver who fatally struck a Southwest Philadelphia man who was fixing his bike.

"He always told you he loved you so that was his way of giving you flowers verbally," said Gwendolyn Gredic, mother.

Family and loved ones of Nehemiah Gredic III remember him fondly.

"He was a very respectful young man, he would give you the shirt off his back," said Gredic.

On Monday, February 17th, surveillance video captured Nehemiah fixing his bicycle just after 5:00 p.m. on the 6200 block of Kingsessing Avenue.

His girlfriend Litasha Dashields was nearby when she says people started shouting that someone got hit.

"I ran around the corner and you know one of the friends on the block was like 'Sun' -that's his nickname, he just got hit," said Dashields.

Dashields was told by first responders to head to the hospital where she met his family.

"We all stayed there and he passed away at 4:30 the next morning," said Gredic.

"They said he stopped briefly, backed up and then sped off, now why he stopped and sped off we don't know," said Gredic.

The vehicle is described as a 4-door black Jeep Grand Cherokee a make between 2002-2004 with damage on the passenger side panel door and the front bumper.

The Citizens Crime Commission is administering a $3,500 reward with AAA Mid-Atlantic posting $2,500 of that for the arrest and conviction of the person responsible.

"I can't rest, my son can't rest until this man or this woman comes forward," said Gredic.