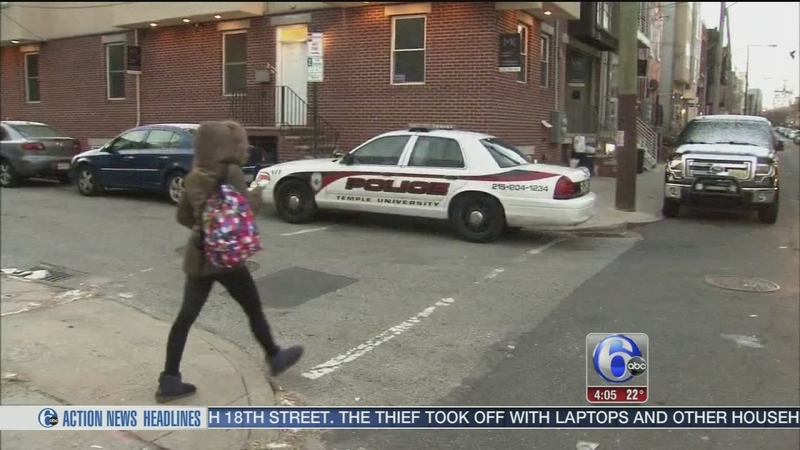 The victim told police she and three roommates were asleep when she woke up to find a man wearing a ski mask, and carrying a gun, in the process of stealing some of her possessions.

He apparently said nothing.

"As he was leaving, grabbing items, she saw a gun. He fled the house, he took a MacBook laptop, iPhones, and ran from the property," said Temple University Police Chief Charles Leone.

She called campus police right away who sent out a blast on the school security alert system.

The thief fled on foot, the victim says. Police are working to find out of the man, who appeared to be 25 to 30 years old, is the same suspect who pulled off a similar robbery in another off-campus apartment about a month ago.

Investigators are working to find surveillance video of Thursday morning's robbery. Fortunately, no one was injured.