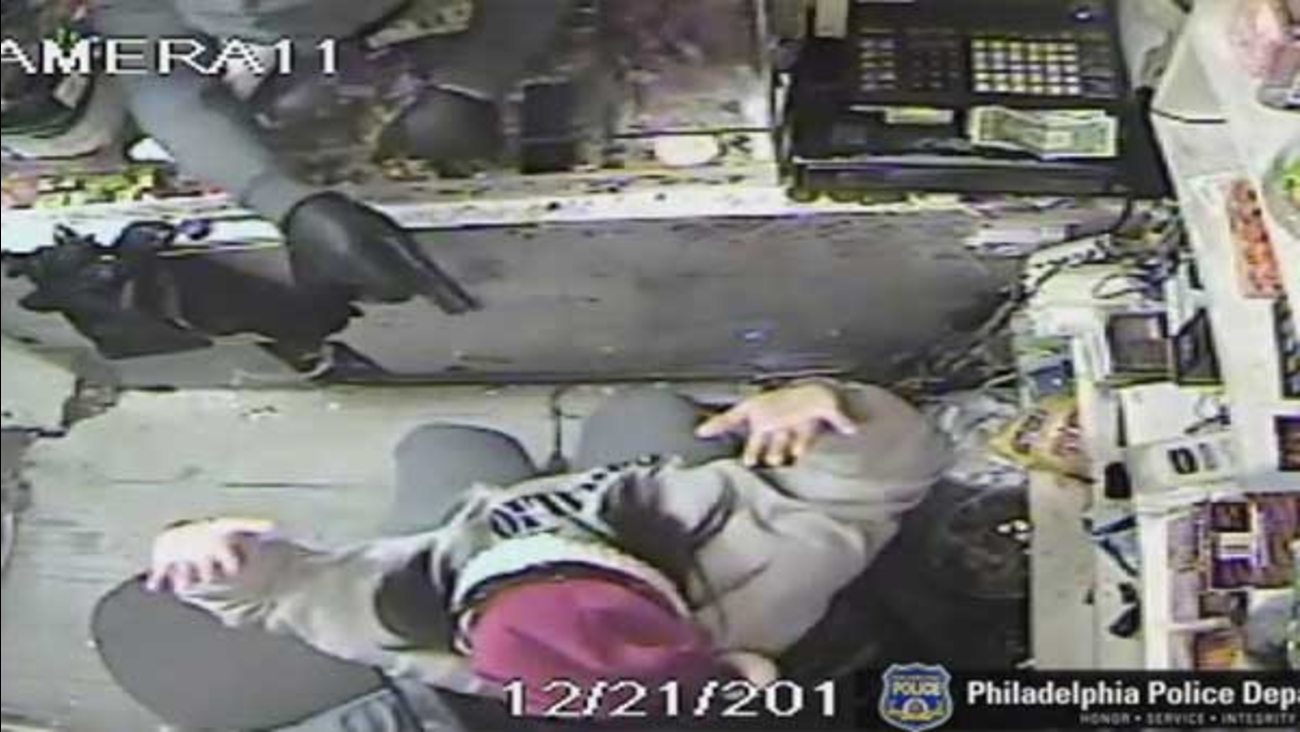 Philadelphia police are searching for 3 armed suspects wanted in a grocery store robbery in Germantown.

GERMANTOWN (WPVI) -- Police are looking for three armed suspects who robbed a grocery store in the city's Germantown section.

The robbery happened on December 21.

Surveillance shows the thieves walking into Papi's Grocery store on the 6100 block of Baynton Street around 4:30 p.m.

One suspect points a handgun at the clerk before jumping over the counter.

The trio got away with $2,300 in cash, two cell phones and cigarettes before fleeing the scene.

They were last spotted driving away in an unknown vehicle on Baynton Street towards Tulpehocken Street.

The second suspect is described as a back male, 5'10 tall with a thick build and dark complexion. He was wearing a white/turquoise hooded sweatshirt, black pants, red underwear, black sneakers with a white "Nike" logo, white scarf covering his face and armed with a handgun.

The third suspect is described as a black male, 5'6-5'7 tall with a thin build and dark complexion. He was wearing a black hooded sweatshirt pulled to the top of his head, black pants, black/red sneakers with white soles.