WPVI
QUEENS, N.Y. (WPVI) -- Three firefighters have been hurt while battling a five-alarm fire burning through a row of businesses in Queens, New York.

The fire broke out just after 6:30 p.m. on Vleigh Place. At least 14 stores were affected.

Millions of gallons of water were no match for the relentless flames, which consumed an entire block of businesses in a building that's withstood generations. 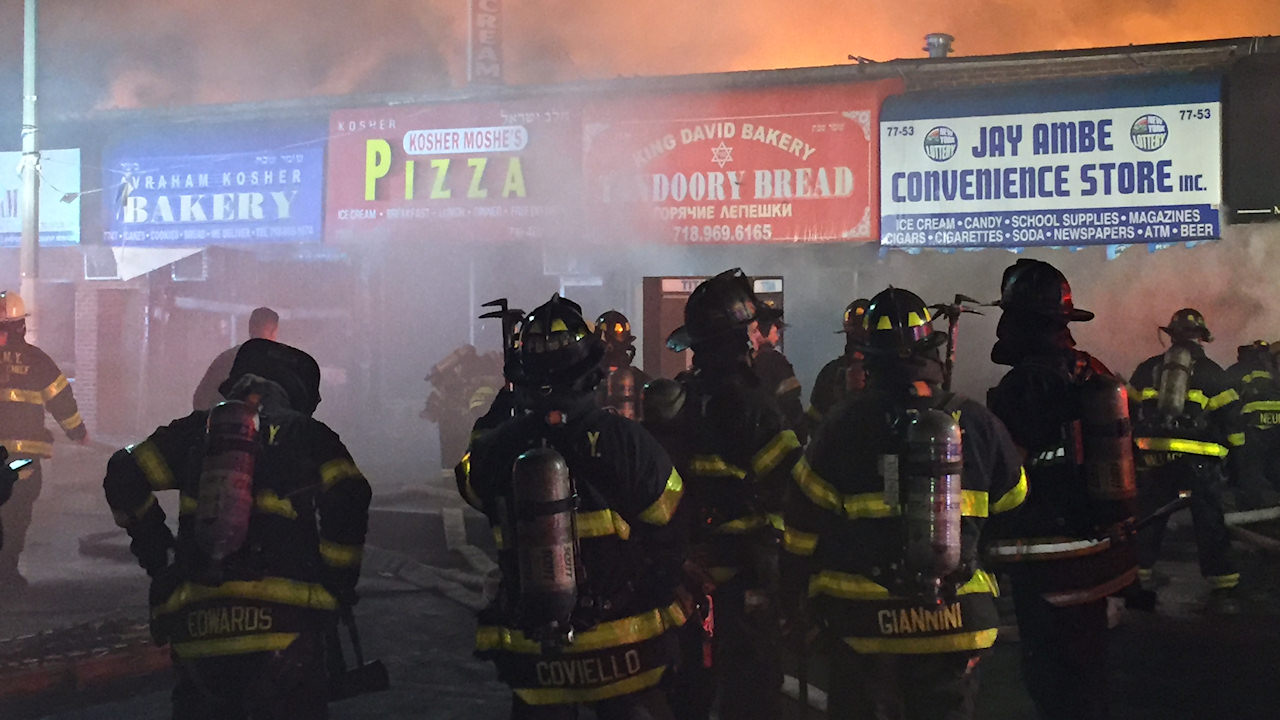 Firefighters say they arrived within 3 minutes after the first flames in the first storefront, but it was already too late to save it and 13 other businesses. They were all doomed to the fast-spreading blaze.

"Once the fire gets into these concealed spaces up above the roof, it's almost impossible for us to put it out. We have to worry about the safety of our firefighters," said Chief of Department James Leonard, FDNY.

The response grew to a fifth alarm as firefighters attacked the inferno defensively from the outside, disappearing within a thick cloud of black, choking smoke.

At least three FDNY members were hurt, fortunately, none of them seriously, as the fire raged on.

"Here we are, it's a holiday weekend, and 14 people lose their business. Sometimes that's lost in the in the excitement of the fire, but 14 people. Think about all these business owners, people who work in these stores, and even the impact on the neighborhood, for all these people who shop in these stores, that's the real tragedy," Leonard said.
Related topics:
new york citykew gardensbuilding firefireu.s. & worldfirefighter injured
Copyright © 2021 WPVI-TV. All Rights Reserved.
More Videos
From CNN Newsource affiliates
TOP STORIES