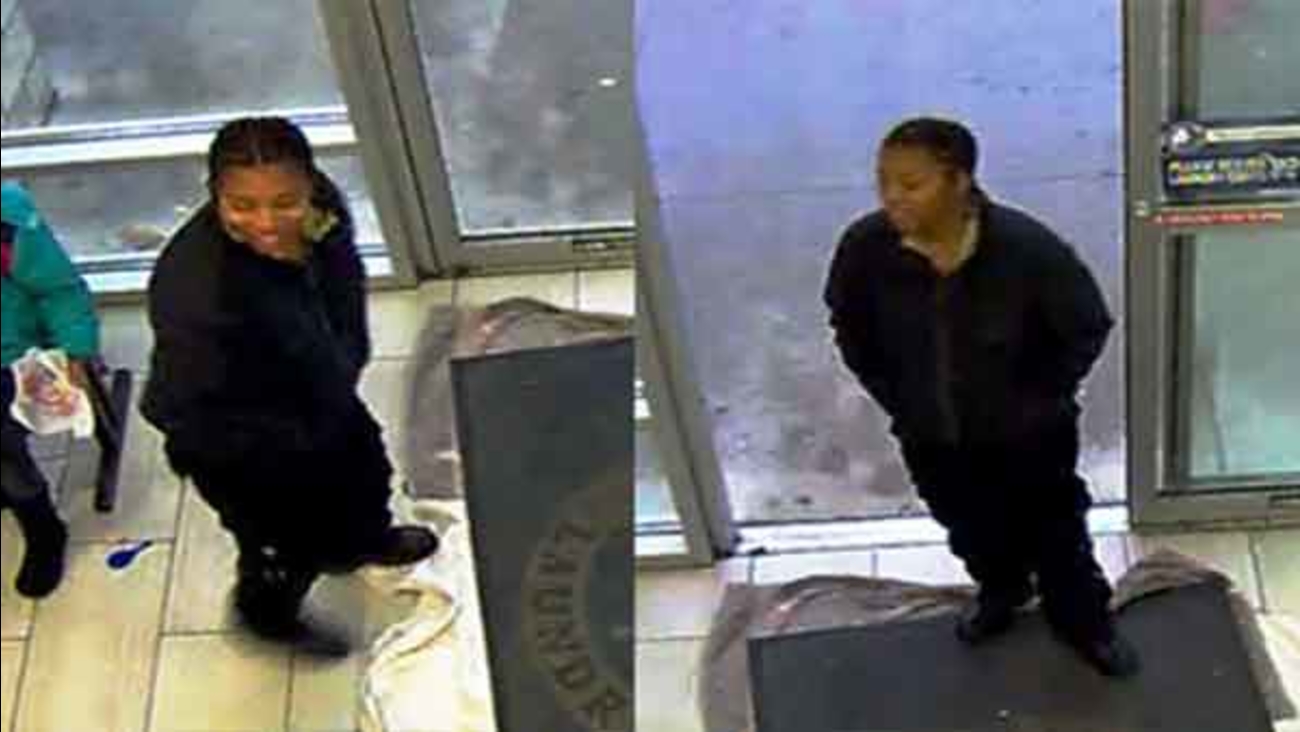 Philadelphia police have released surveillance photos of a suspect involved in a shooting at a laundromat in the city's Tioga-Nicetown section on February 2.

TIOGA-NICETOWN (WPVI) -- A woman has been charged and another is being sought after, police say, a dispute at a Philadelphia laundromat that led to a shooting that left two other women wounded.

Lashanda Anderson, 33, of the 2600 block of Roberts Avenue, was charged following the incident.

Police describe the other suspect as a black female with a medium complexion, 5'3" tall and shoulder length hair with braids. She was wearing a dark colored hooded sweatshirt, dark colored pants, and was operating a light colored 4 door vehicle.

It all began on February 2 at the laundromat located at Fox and Roberts in the Tioga-Nicetown section around 5 p.m.

Police say one of the victims was confronted by four females. At one point, the windshield of the victim's SUV was broken out.

The fight moved to the 2600 block of Roberts Avenue where the four females and the two victims arrived in four separate vehicles.

A 13-year-old was among the group of four females, police said, while two children, ages 3 and 5, were inside one of the victim's vehicles.

There was a confrontation about the broken windshield, police say, and that's when Anderson allegedly shot the victim in both of her legs.

The second victim tried to drive away, police say, but her vehicle was blocked. Police say a woman standing with Anderson started firing into the vehicle. The second victim suffered a graze wound to the left side of her head.

That second victim flagged down a police officer, who was able to stop Anderson's vehicle.

The unidentified shooter had already left the scene.

Both victims, women in their 20's, were taken to Temple University Hospital in stable condition.

If you recognize the woman shown in the surveillance images, call Northeast Detectives at 215-686-3353.