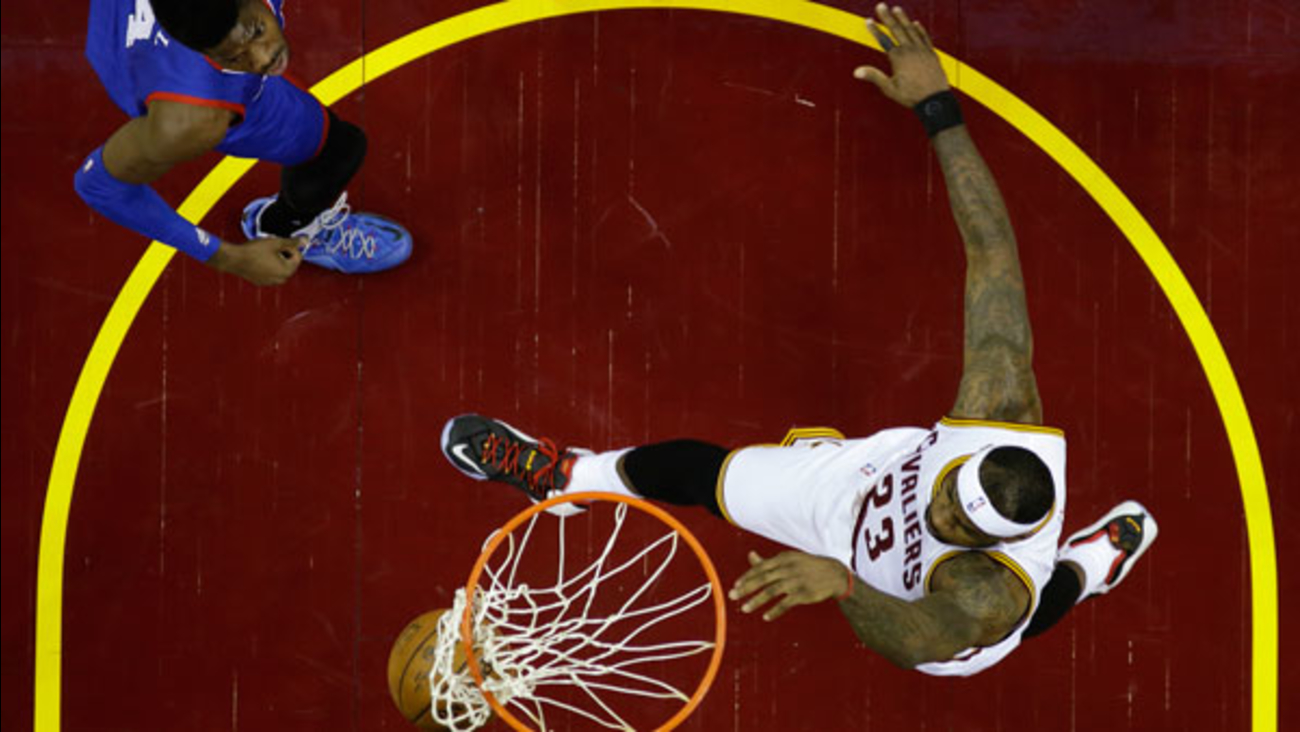 The winning streak is Cleveland's longest since reeling off 13 in a row - a franchise record - in 2010, the last season of James' first stint with the club. The Cavs had trouble putting away the young Sixers, who did all they could to stay close but don't have the firepower to keep up with Irving, James and one of the NBA's hottest teams.

Atlanta entered the week on a 19-game win streak.

Kevin Love added 15 rebounds and Matthew Dellavedova made three clutch 3-pointers in the fourth quarter to help the Cavs hold on.

Jerami Grant and Robert Covington scored 18 apiece for the Sixers, who beat the Cavs last month when Cleveland was in disarray.

The Cavs' biggest opponent may have been boredom as they played listlessly for long stretches. Cleveland built a 20-point lead in the third quarter, but the Sixers wouldn't go away, outscoring the Cavs 26-10 to close the period and getting a quick bucket in the fourth to pull to 69-67.

Irving briefly restored order with a pair of 3-pointers to put the Cavs ahead by 10, but the Sixers rallied again and closed to 80-77 on Covington's 3.

Irving, selected the Eastern Conference player of the week earlier in the day, then scored six of Cleveland's next eight points and Dellavedova dropped his second 3 of the period, giving the Cavs a 91-83 lead with 2:36 left. His final 3 made it 96-83, ending any thoughts of a Philadelphia upset.

Things have changed dramatically for the Cavs since the last time they faced the Sixers.

On Jan. 5, Cleveland lost at Philadelphia without Irving and James, who were both out with injuries. The Sixers won 95-92, getting their first home victory, and that night the Cavs traded Dion Waiters to Oklahoma City while getting both J.R. Smith and Iman Shumpert from the New York Knicks.

The Cavs seemed disinterested throughout the first half. They were off target on several lob passes and out of sync following a tough week in which they played four games in five nights.

76ers: Sixers coach Brett Brown has a longstanding relationship with Irving. He coached the Cleveland All-Star's father, Drederick, in Australia. "I remember when Kyrie was born," Brown said. "I remember when Kyrie was brought to the gym." Brown described the elder Irving as having a "George Gervin smoothness" to his game and said he has admired the strong relationship between the Irvings, a bond that grew when the guard's mother died. "The story's remarkable," Brown said. ... C Nerlens Noel leads all rookies with 1.5 steals and 1.7 blocks per game. The only rookie to average at least 1.5 steals and blocks in a season was David Robinson (1990).

Cavaliers: Coach David Blatt couldn't remember the longest winning streak he's been part of as a player or coach. He said his Maccabi Tel Aviv teams had several 20-games-plus winning streaks and his high school in Framingham, Massachusetts, once won 58 in a row - but he was only around for a portion of the run. ... Cleveland has won seven straight at home. ... Timofey Mozgov had five blocks, but missed several easy shots.