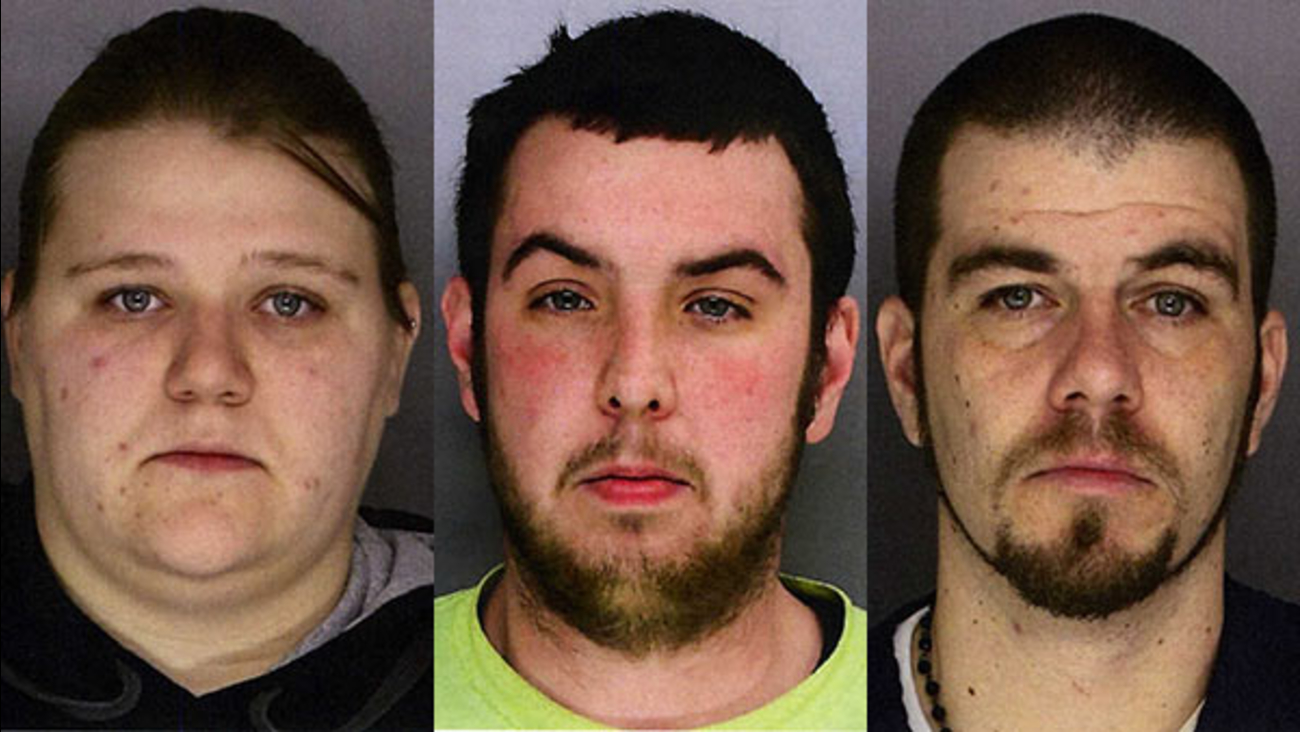 ABINGTON, Pa. (WPVI) -- Three people have been arrested in connection to a series of copper thefts and arsons in Montgomery and Delaware counties.

The suspects are charged with incidents that occurred in Abington, East Norriton, Limerick and Pottstown in Montgomery County as well as in Swarthmore, Havertown, and Aston in Delaware County.

According to the Grand Jury, all of the burglaries took place in houses that were unoccupied and in some form of transition.

All of the houses were owned by banks or holding companies or were otherwise part of an estate.

Through computer forensics and testimony, the Grand Jury learned that the suspects searched for homes on Realtor.com and other internet sites.

Police found burglary tools and handwritten notes that contained the street addresses of homes that had been burglarized in the suspects' car.

Copper pipe had been stolen in each incident and in several of the burglaries, investigators say, the suspects ignited a fire by use of the kitchen stove.

The suspects were arrested Thursday morning.