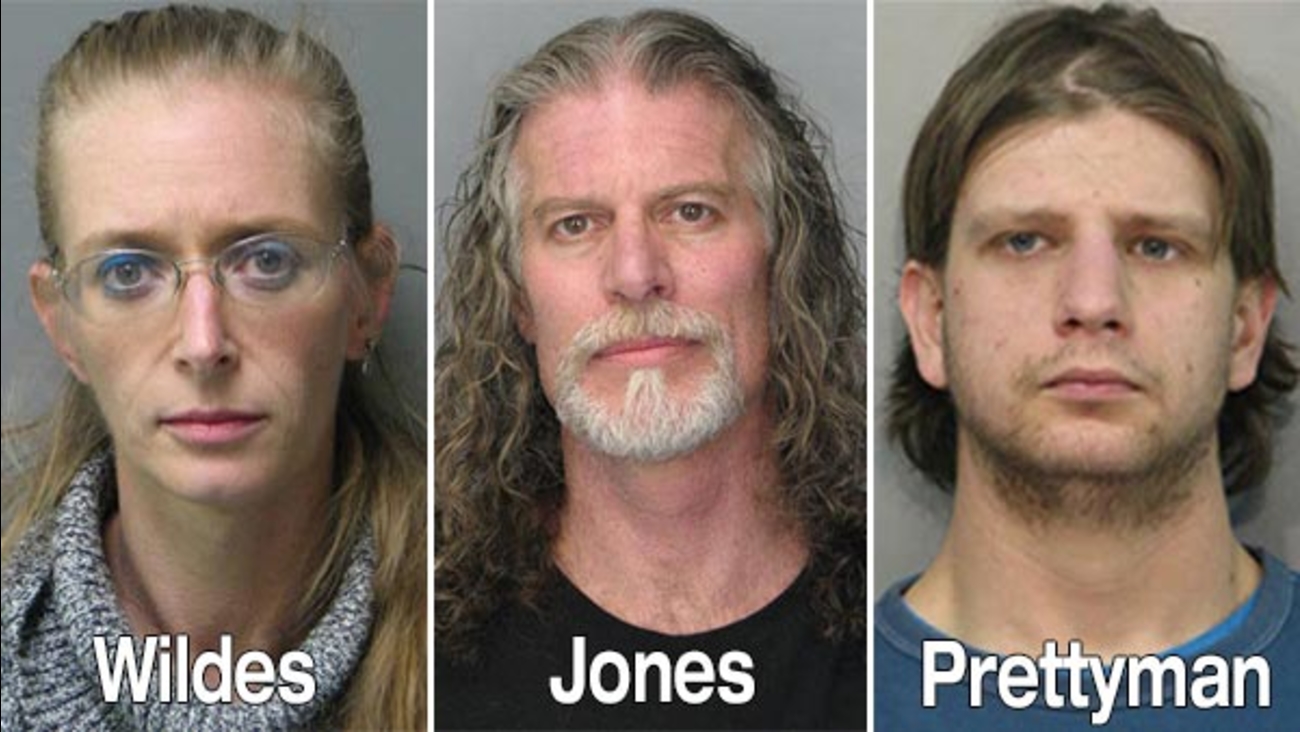 WPVI
MILLSBORO, Del. (WPVI) -- Three suspects are behind bars, charged with operating a methamphetamine lab out of a home in Millsboro, Delaware.

Erica A. Wildes, 37, John Jones III, 52, and Adam Prettyman, 27, all of Millsboro were arrested Wednesday morning at a home in the 29000 block of Hickman Lane.

They also found small amounts of meth, marijuana and cocaine, along with a handgun, a shotgun and ammunition.

All three suspects were charged with operating a clandestine laboratory and drug and weapons offenses.

All three are now behind bars in lieu of bail.

Delaware state police say no homes were evacuated as a result of Wednesday morning's raid.