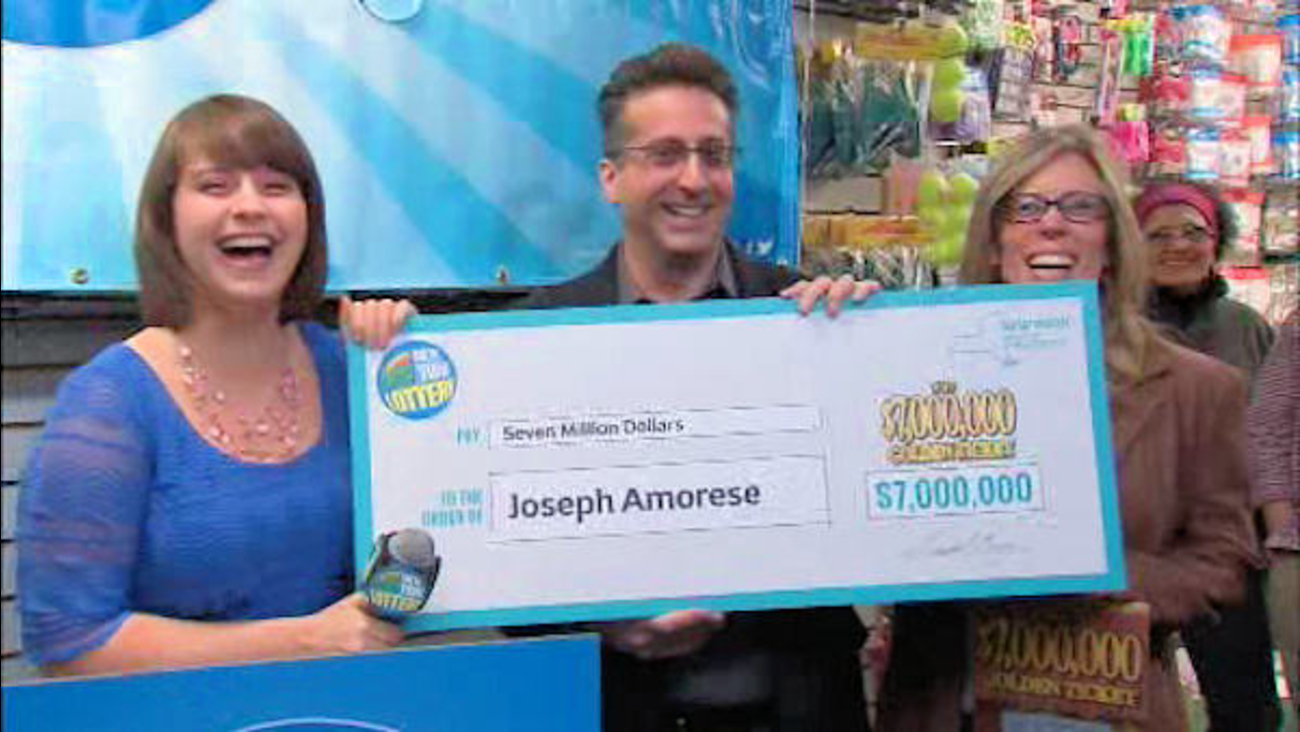 NEW CITY -- A Pennsylvania man recovering from surgery won $7 million off a lottery ticket tucked into a get-well card.

Joseph Amorese, of Easton, got the ticket from his father, who lives in the hamlet of Congers in Rockland County.

A few scratches later on the "$7 million Golden Ticket," and he was feeling great.

He sent a photo of the ticket to his dad, who agreed that it was a winner.

The 46-year-old Verizon employee then called his wife, a social worker. When he said, "Honey, I think we won $7 million," he was met by a long, stunned silence.