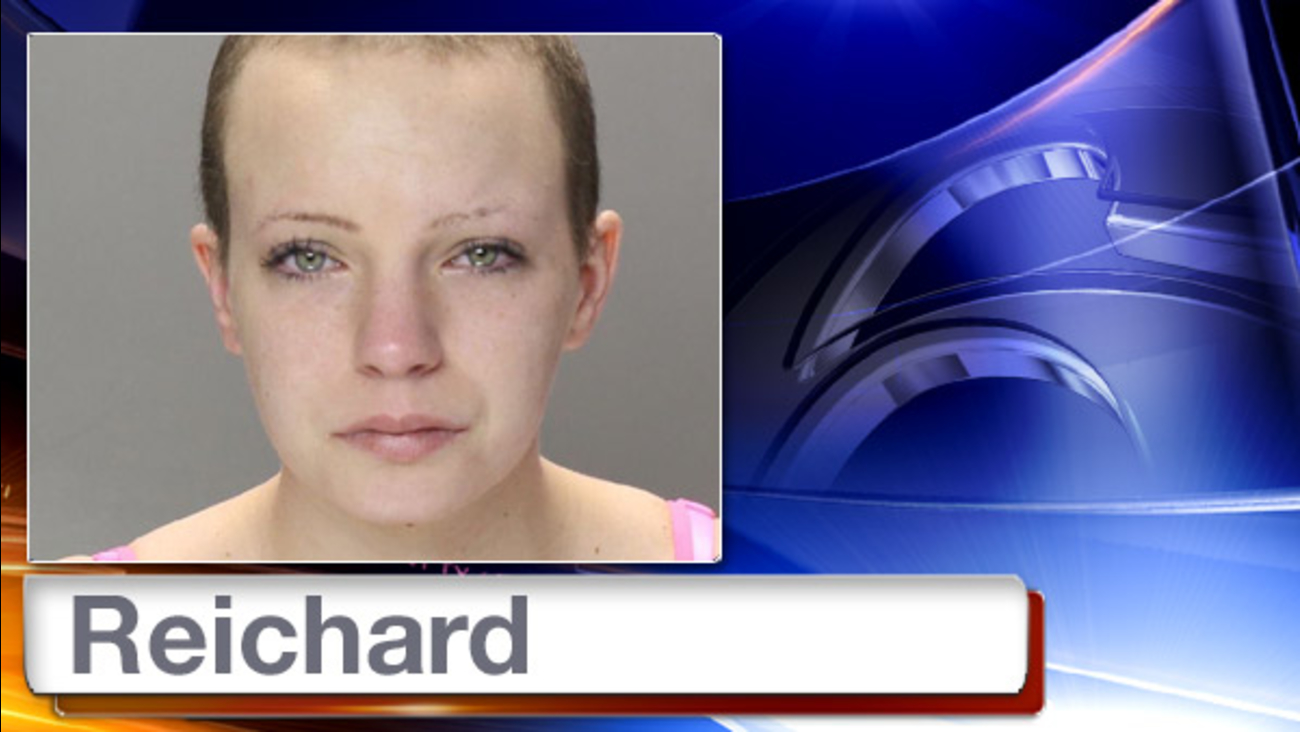 LEVITTOWN, Pa. (WPVI) -- Police say a Bucks County mom repeatedly lied to investigators and even faked cancer amid an investigation into the abuse of her young daughter.

Ashley Reichard, 26, of Stream Lane in Levittown, has been charged with aggravated assault, endangering the welfare of children, perjury and false reporting.

Bristol Township police say the investigation began back in July, 2014, when she brought her 11-month-old to Children's Hospital of Philadelphia.

Reichard allegedly told police at the time the child was with her father when the injuries would have occurred. Police say they later determined the father was not responsible, and Reichard was the only person who could have been with the child when she was injured.

When police went to serve her with papers in January, an investigator said she was completely bald with no eyebrows.

The detective said she claimed to have stage two ovarian cancer and was receiving chemotherapy treatments. Also, investigators say, they discovered Reichard had given her parole officer a purported letter from Fox Chase Cancer Center about her disease.

However, police note, the letter had no letterhead, lacked the names of any doctors, and had numerous errors.

Both Fox Chase and Jeannes Hospital, where Reichard also claimed to have been treated, confirmed she was not a patient, police said.

Still, police say, when confronted with that information, Reichard allegedly insisted she was a patient and that both hospitals were wrong. However, police say, she has not been able to produce any medical records.

In the criminal complaint, Det. Gregory Beidler wrote that Reichard consistently misled investigators and lied "in an attempt to gain sympathy for herself."