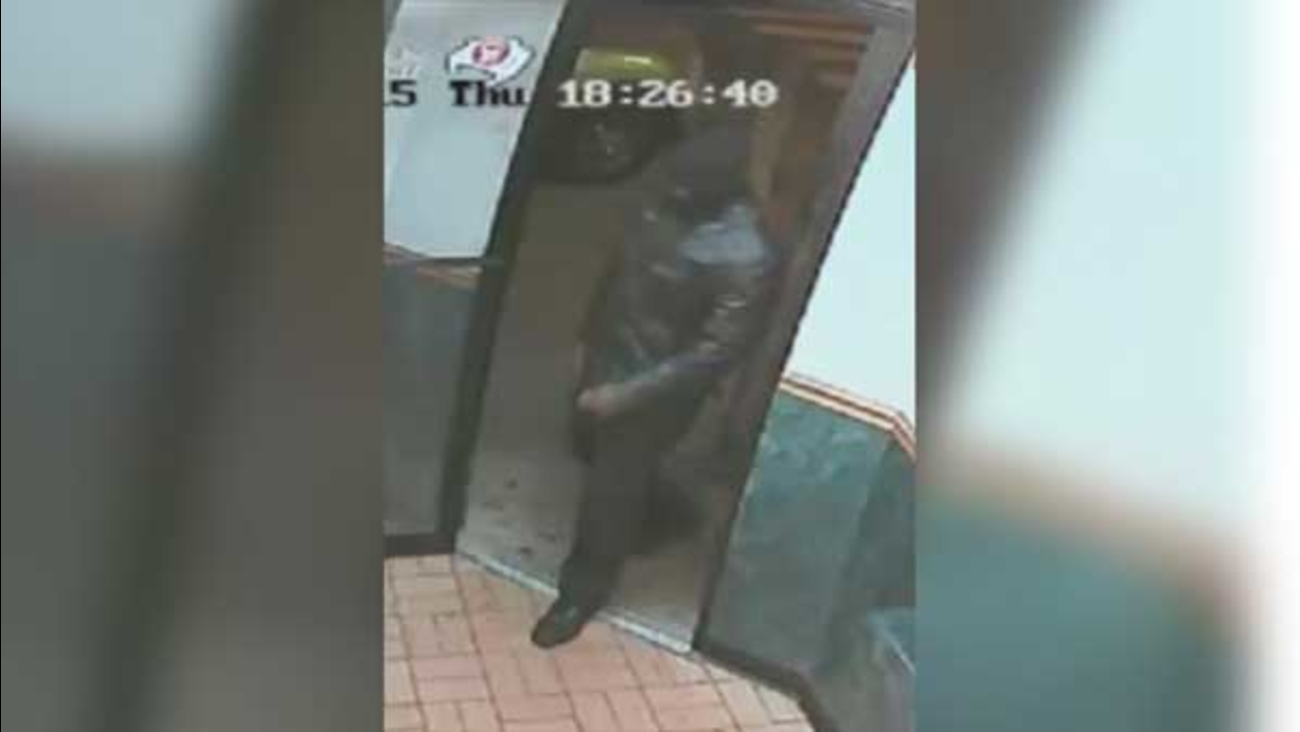 Philadelphia police are looking for a suspect who robbed a man at gunpoint inside a restaurant in the city's Hunting Park section.

HUNTING PARK (WPVI) -- Philadelphia police are looking for an armed suspect who robbed a man inside a Chinese food restaurant in the city's Hunting Park section.

The robbery happened Thursday night at the Ho May House Chinese restaurant located on the 4100 block of North 5th Street.

Police say a 37-year-old man was insdie the restaurant at 8:15 p.m. placing an order when one suspect approached him from behind.


Surveillance video shows the suspect pointing a handgun at the man and demanding money while a second suspect stood outside the front door as a lookout.

The robber forced the man to take off his leather jacket and place everything in his pockets on the counter.

After forcing the man to drop his pants and lay on a bench, the men made their escape in a silver or white Pontiac Aztec, which was parked outside.

The first suspect is described as a black male, 20 years-old, 5'8" tall with a thin build and dark complexion. He was wearing a black or gray hooded sweatshirt, black pants, prescription glasses, and armed with a handgun.