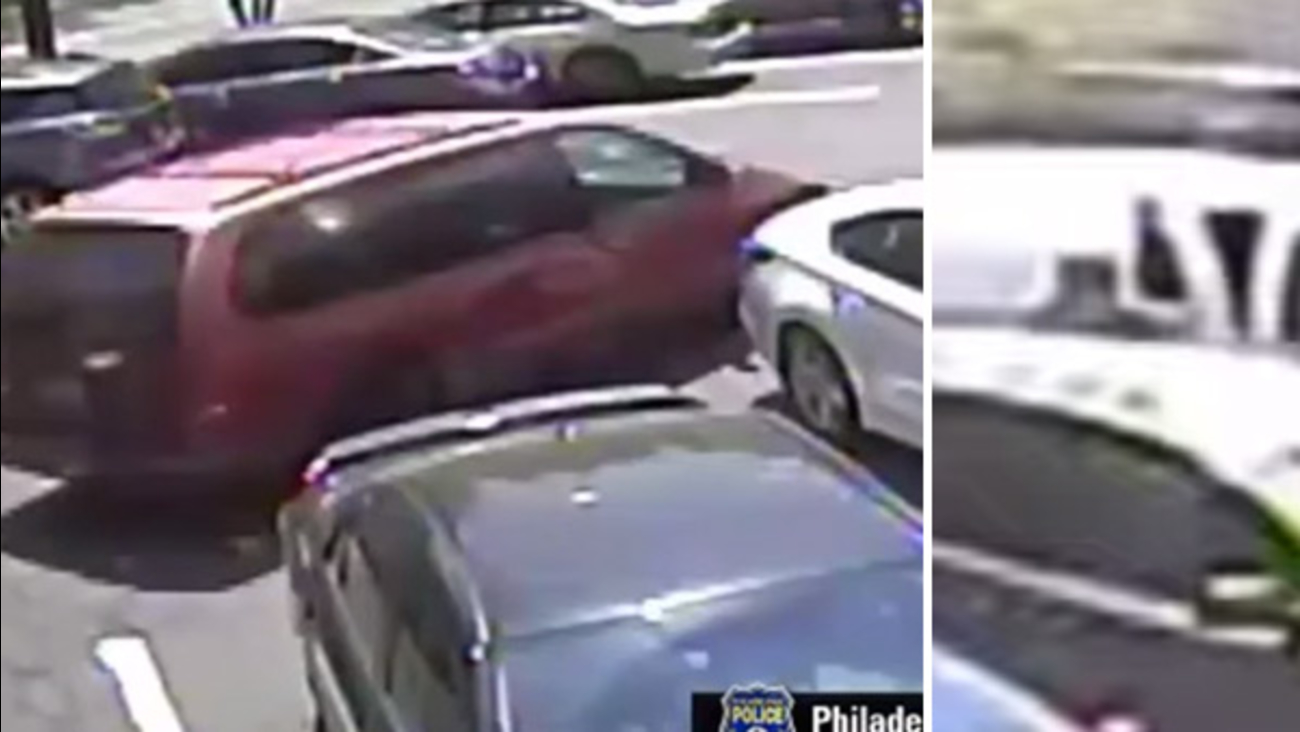 EAST FALLS (WPVI) -- Philadelphia police have released surveillance video of a theft from a delivery van outside a Rite Aid store in the East Falls section.

Officers were called out around 12:20 p.m. Tuesday to the Rite Aid at 3601 Midvale Avenue.

The video shows a red minivan, either a Chrysler Town and Country or Dodge Caravan, pull up next to the delivery van from the AEX Group, a pharmaceutical delivery company.

The delivery driver was inside the store at the time.

The suspect gets out and approaches the van. Police say he broke the lock and unloaded several tubes full of merchandise.

Investigators say those tubes could have contained items such as narcotic pills and nicotine patches.

The suspect then gets back in the minivan and drives away.

Scott Florian, a compliance manager for AEX, says it was the second vehicle break-in within the past week. Last week, a truck was hit at Levick and Frankford.

"Another driver said he was followed, he thought, the other day," Florian said.