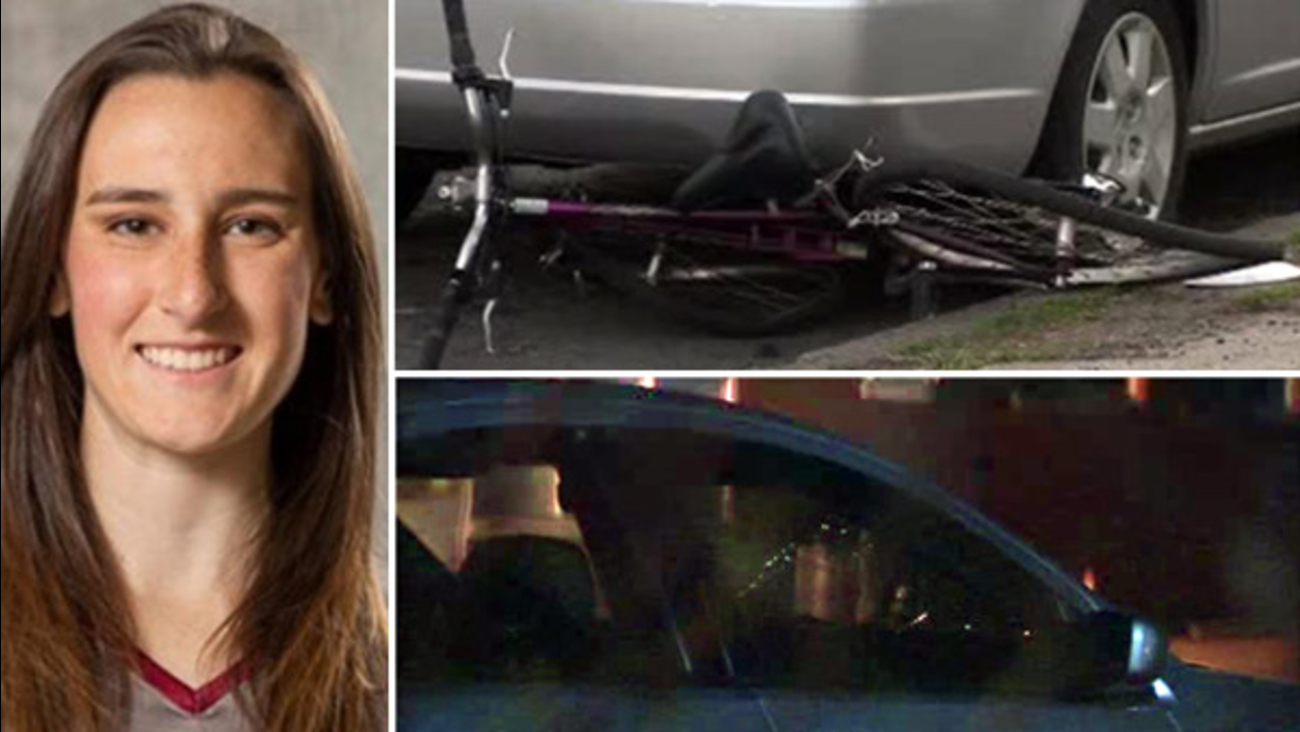 WPVI
PHILADELPHIA (WPVI) -- The Temple University student who was critically injured in a hit-and-run back in late April has been moved to rehab, her mother said in a Facebook post on Wednesday night.

Rachel Hall has been in the hospital since the crash at the intersection of North Park Avenue and Diamond Street in North Philadelphia.

Her mother, Kathy Hall, said in the post "Doctors will be trying to awaken Rachel. I feel she is moving in the right direction."

The post went on to read: "Rachel has a tracheal tube in her neck to assist with her breathing and a feeding tube in her stomach. She is not coherent, cannot speak or communicate which is extremely frustrating."

Robert Roberts, 18, is accused of hitting Hall with his car as she was riding her mountain bike, then fleeing the scene.

Police say they obtained surveillance video of Hall riding through a stop sign when she was struck.

Roberts, who only had a learners permit, told investigators he panicked and fled. But he and his family came forward to police less than 12 hours later, turning over the striking vehicle.

Police say had Roberts stayed at the scene he probably would not be facing charges for the crash, though would have faced a permit violation for not having someone over 21 in the car at the time.
Related topics:
north philadelphiahit and runphilly newstemple university
Copyright © 2021 WPVI-TV. All Rights Reserved.
TOP STORIES
2nd arrest made in deadly shooting outside Pat's Steaks
Suspect ID'd in deadly hit-and-run rampage in Philly, Montco
Phillies postpone game against Nationals amid COVID-19 outbreak
Stranger falls capturing marriage proposal. Now she needs your help
School districts across Delaware Valley react to CDC recommendation
9 new victims identified in Bucks Co. sextortion case
Woman caught on racist tirade in NJ hotel to be held until trial
Show More
NJ officials recommend masking in indoor settings with increased risk
Moratoriums on evictions, foreclosures ending soon. Here's what to do
Athletes and anxiety: How mental health plays a role in performance
CHOP doc on rise of COVID variant: 'This was all preventable'
New look for Eagles, Ertz during 1st training camp practice
More TOP STORIES News