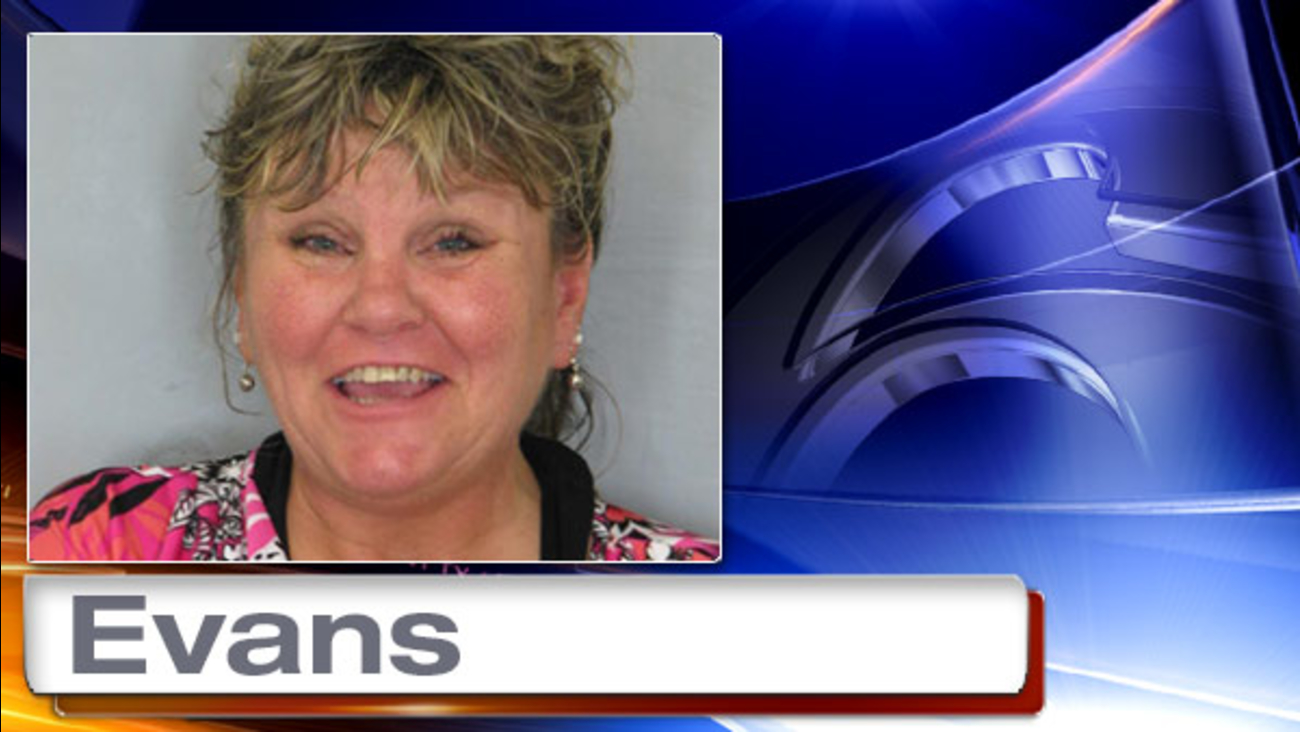 WPVI
HARRINGTON, DEL. (WPVI) -- A Sussex County, Delaware woman is behind bars after police say she was caught driving while under the influence... for the fifth time.

On Tuesday officers with the Harrington Police Department arrested 54-year-old Robin L. Evans of the 14000 Block of Staytonville Road in Lincoln for allegedly driving under the influence and related charges.

It was 10:38 p.m. when officers on patrol stopped Evans' vehicle on Benjamin Street in the area of Center Street for a traffic violation.

When they approached the vehicle, officers say they immediately detected a strong odor of alcohol.

Evans was taken into custody and transported to the Harrington Police Department where a standard field sobriety test was administered.

Evans was charged with a fifth offense for driving under the influence, as well as failure to have identification in possession and driving with a suspended or revoked license.