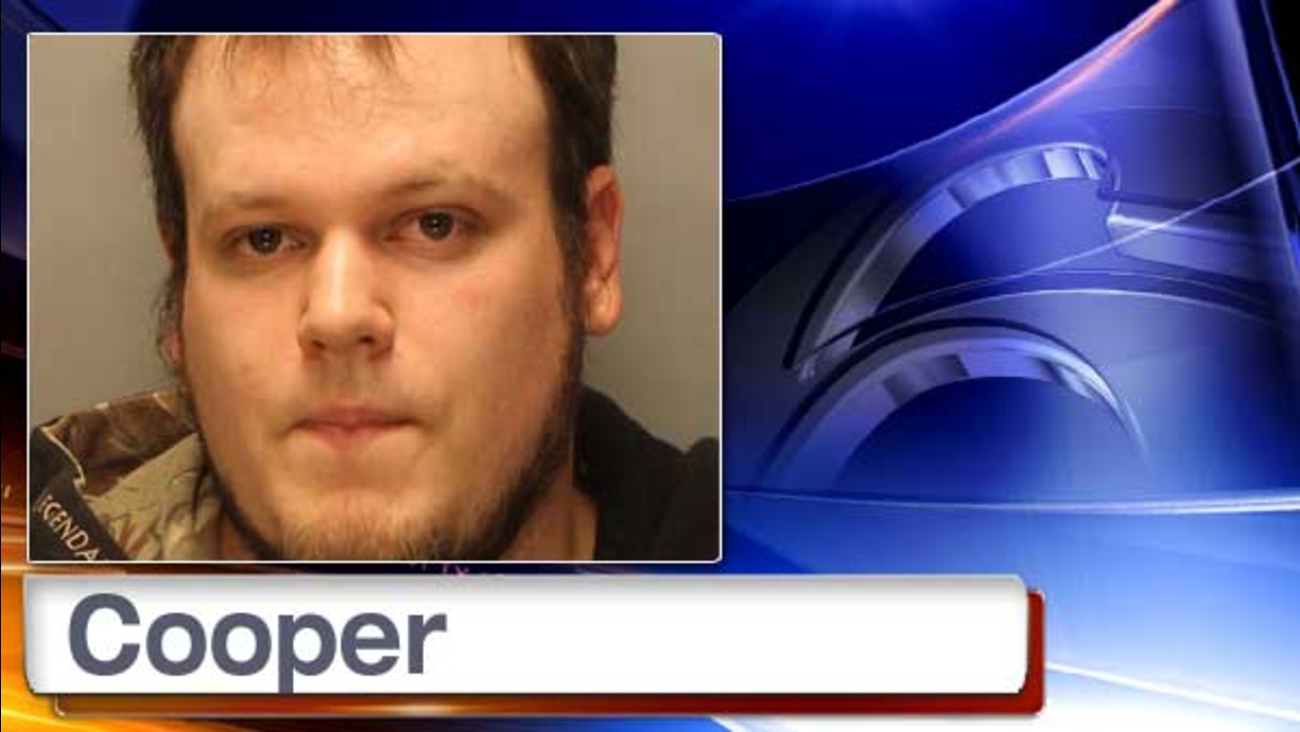 LANSDALE, Pa. -- A Lansdale man was arrested after he threatened to shoot police during a domestic dispute early Friday morning.

27-year-old Andrew Lawrence Cooper was arrested outside of the home he shared with his parents on the 400 block of West Mt. Vernon Street.

Police were called to the home around 6:00 a.m. after Cooper's mother reported her husband was being held captive.

She said that her son was armed with several firearms and was threatening to shoot any police officers arriving on the scene.

Cooper's mother also told police that weapons had been placed throughout the home.

After speaking with Cooper's mother, police decided to trick Cooper into coming out of the home.

When Cooper walked outside, police were able to arrest him without incident.

He was not armed at the time of his arrest.

Police issued a search warrant for the home where they seized assault rifles, thousands of rounds of ammunition and several other weapons.

Cooper has been charged with 2 counts of aggravated assault, terroristic threats, simple assault as well as one count of disorderly conduct and unlawful restraint.

He is currently being held at the Montgomery County Correctional Facility on $200,000 cash bail.