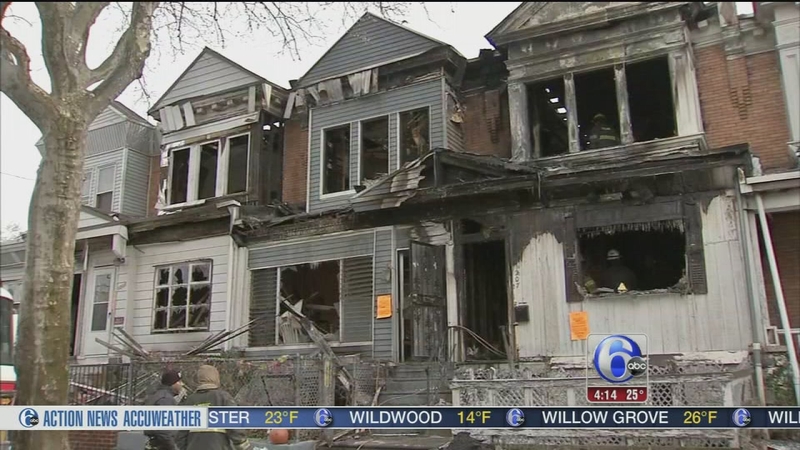 COBBS CREEK (WPVI) -- Police say a 10-year-old boy is dead after a fire erupted inside a house in the city's Cobbs Creek section.

It happened around 4 a.m. Friday on the 1200 block of South Millick Street.

Despite brave efforts by neighbors to save the boy, they couldn't get pass the flames. His 39-year-old father, identified by neighbors as Elliot Jenkins Jr. had to scramble to safety.

He suffered burns over sixty percent of his body, and was taken to the Penn Presbyterian Medical Center. He is listed in serious condition.

Larry Robinson said, "Lucky the father got out. It was just too much flames, and it was nothing anyone could do."

A neighbor were able to save the life of 89-year-old Mae Johnson from one of the homes.

She was carried out of the back door of her home.

"He saved her life. Because she couldn't walk with so much limping in order to try and get out of the house," said her daughter, Ella Workman-Brown.

It took fire crews two hours to get the inferno under control.

A SEPTA bus was made available to residents who couldn't stay in their homes.

The Red Cross is assisting five families, a total of eleven people, with food, water and lodging.

There is no word on what caused the deadly blaze.