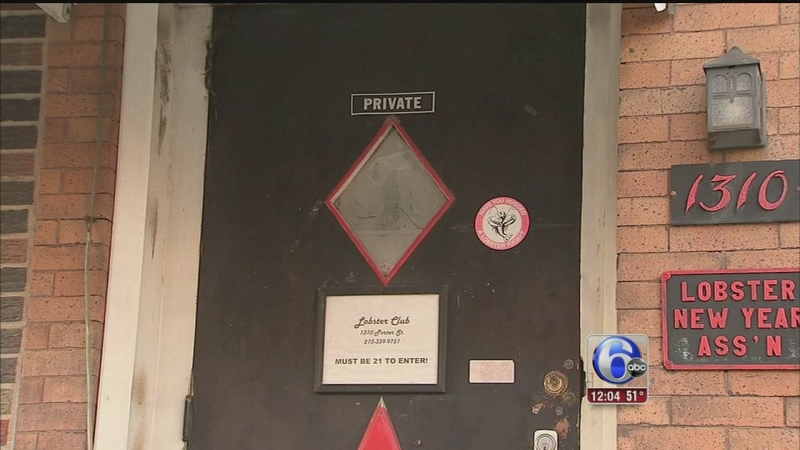 SOUTH PHILADELPHIA (WPVI) -- Police are questioning a worker at a club in South Philadelphia after a shooting that left a man hospitalized.

Investigators say a group of men tried to enter the Lobster Club while a private party was going on, but were turned away.

"There were about five males who wanted to get into the club, but they were refused because it was a private party," said Philadelphia Police Capt. Drew Techner.

After the party ended and the employee closed up and left, police say he discovered the men were waiting for him.

"They followed him home, and they confronted him," said Techner.

Police are questioning a worker at a private club in South Philadelphia who they say opened fire on a group of men.

A fight ensued, and that's when the employee fired one shot, hitting a 41-year-old man in the stomach.

You could see the chalk circle where police found evidence on the 2400 block of Watts right off Porter.

The man who was shot was taken to the hospital in stable condition, and the man who fired his weapon was taken in for questioning.

"The male who fired the gun was here on location when police arrived," said Techner. "And he had a license to carry the gun."

There are surveillance cameras positioned outside the club, but it was unclear if they captured any footage that could help investigators.

Several witnesses were taken to Philadelphia Police South Detectives to be interviewed.