Cosby accuser asks for all his testimony to be made public 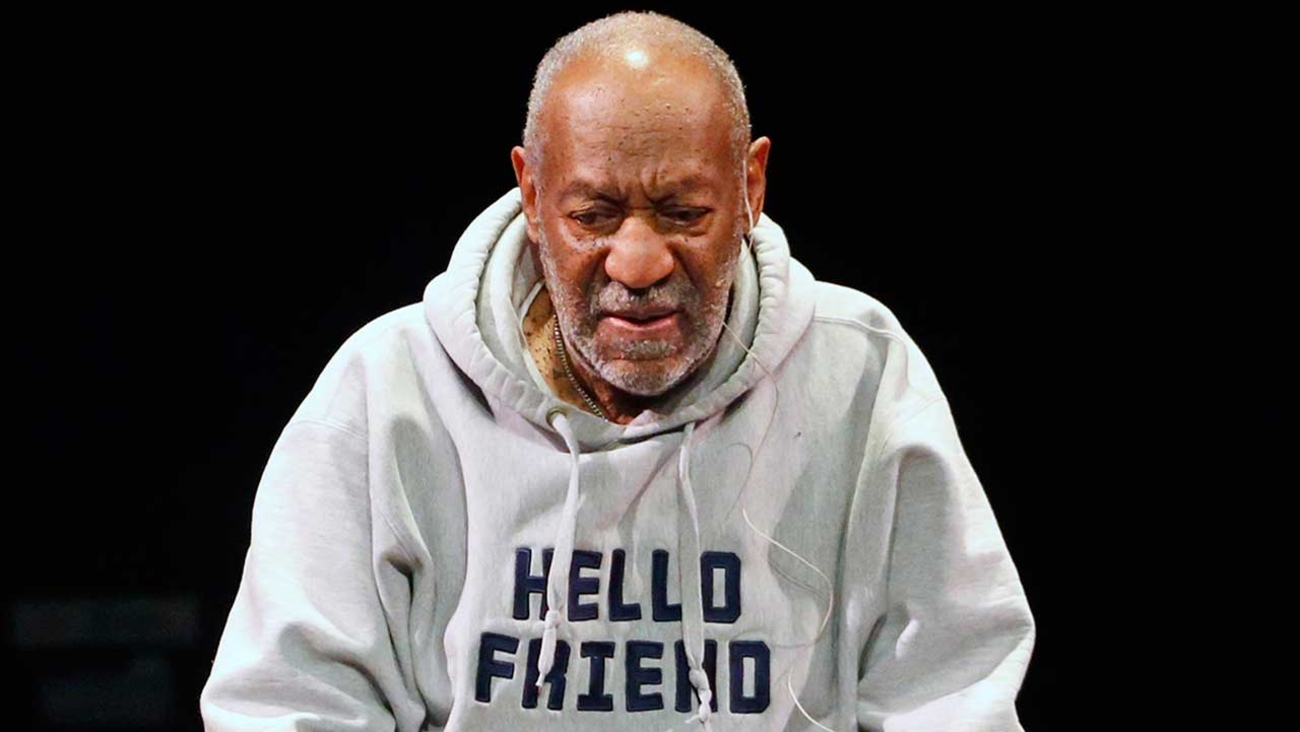 PHILADELPHIA -- Bill Cosby's first accuser has asked a judge to release the comedian's full deposition in her sex-assault lawsuit, saying that Cosby, his lawyers and agents broke the confidentiality agreement that sealed the 2006 court settlement.

Andrea Constand's lawyer argued in a sanctions motion Wednesday that the entire deposition should be made public, including questions Cosby answered under oath about his use of quaaludes and other drugs, his alleged use of hush money to silence women, his deal to have an accuser's story spiked and his alleged affairs with other women.

Her lawyer said Cosby and his representatives broke the confidentiality agreement with public comments made over the years and again this week, but Constand has been powerless to respond.

"The release of these documents will assist other women who have been victimized and bring awareness to the fact that sexual assault is not just committed with a gun or knife but is also committed by mentors who engage in exploitative behaviors," lawyer Dolores M. Troiani wrote in asking the judge to sanction Cosby and his lawyers.

Lawyers for Cosby, 77, did not immediately return calls for comment.

The motion comes after U.S. District Judge Eduardo Robreno unsealed excerpts from Cosby's deposition this week in response to an Associated Press request, concluding that the public had a right to see "the stark contrast" between Cosby the public moralist and the statements he made under oath about his lifestyle and conduct.

The excerpts show Cosby admitting that he obtained quaaludes in the 1970s so that he could give them to young women he pursued for extramarital sex. Asked if they knew what they were taking, his lawyers objected and he never answered.

Frustrated by their attempts to dodge questions, Troiani went to court then to force Cosby and his lawyers to cooperate in the pre-trial deposition. She asked that Robreno force the comedian to answer 50 questions about his lifestyle, drug use and sexual encounters with 13 other "Jane Doe" women who had come forward to say Cosby had molested and perhaps drugged them years earlier.

The deposition eventually proceeded. And Troiani now wants his answers to those questions made public.

"Although some of the women engaged in consensual relations with Cosby, their accounts substantiated defendant's alleged predilection for somnophilia," Troiani wrote in her motion Wednesday, referring to a term used to describe someone aroused by having sex with an unconscious person.

Cosby settled the case after his deposition for an unknown sum. Both sides agreed to keep the terms confidential and not comment on what did or didn't happen between them.

His lawyers have not returned messages seeking comment since the release of the deposition excerpts, which they had fought. However, ABC reported that an unidentified Cosby associate, in a statement this week, said Cosby settled the suit to save accusers the embarrassment of testifying in open court. Cosby's representatives have since said the statement didn't come from anyone in the comedian's camp.

Troiani, in her motion, pointed to that statement in support of her motion.

She also said that because the unsealed material does not include Cosby's full answers, supporters could argue that the "seminal question of his admission to administering Quaaludes to sex partners was taken out of context."

She said making public the entire deposition and written settlement would let people decide if that's the case.

Cosby's statements might also be of interest to women now suing him for sexual assault and defamation, she said.

"They have a right to determine what if anything can be used as evidence in their respective cases," said Troiani, who sought permission this week from the Jane Doe witnesses to have Cosby's testimony unsealed.

Cosby has never been charged with a crime and has repeatedly denied the allegations. Most of the sexual misconduct accusations that more than a dozen women have made against him happened too long ago for criminal charges.