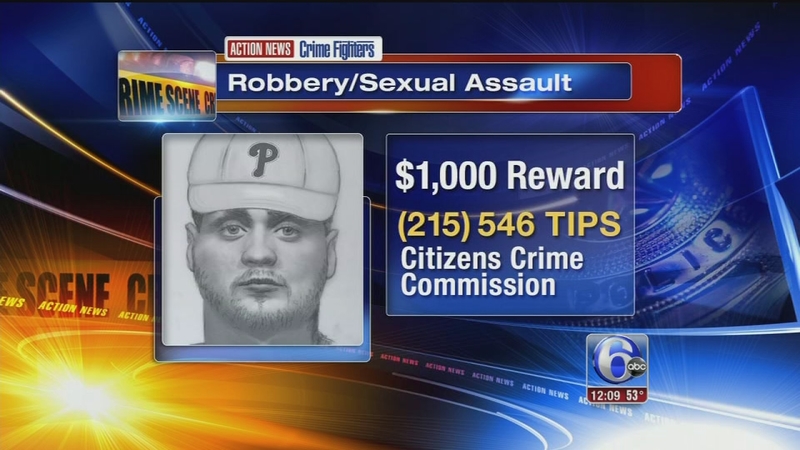 FISHTOWN (WPVI) -- Police are seeking the public's help in identifying a man wanted in connection with an armed robbery and sexual assault in the city's Fishtown section.

The man allegedly robbed two women and a man at gunpoint at about 6:30 p.m. on Aug. 23 near Cumberland and North Beach streets.

"He forces them into a wooded area there, he robs them, he sexually assaults one of the females," said John Apeldorn with the Citizens Crime Commission.

Police said the suspect then forced the other woman and the male victim to engage in sexual acts with one another.

"(He) ties them up with their own clothing and then he flees. He's seen going West toward Richmond Street," said Apeldorn.

Apeldorn said the suspect is described as a male in his early 30s, 5 foot 9 inches tall and about 230 pounds with light brown hair and a real light mustache and beard.

At the time of the crime, he was seen wearing a tank top-type T-shirt, blue jean shorts and a white baseball cap with a red P on it for the Phillies.

The Citizens Crime Commission is administering a $1,000 reward for the arrest and conviction of the person responsible.

Anyone with information can submit an anonymous tip by calling 215-546-TIPS.